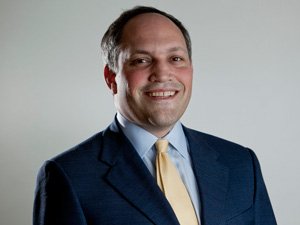 Many Somalis crave unity. In 1960, Somalis achieved it when the former British protectorate of Somaliland and Italy’s newly-freed Somaliland colony united to form what eventually became known as Somalia. Corruption, dictatorship and factional fighting eroded Somali solidarity, however.  Against the backdrop of civil war and genocide against the Isaaq clan, Somaliland unilaterally declared its independence in 1991, a move many Somalis rejected but were powerless to anything about. In the three decades since, Somaliland has effectively acted as a separate country, with its own elected president, parliament, flag and currency.

President Mohamed Abdullahi Mohamed, popularly known as Farmajo, has used Somaliland’s separatism to rally Somali nationalism. Whereas Somalia and Somaliland lived largely peacefully and in parallel during the first quarter-century since Somaliland’s renewed independence claim, Farmajo has been aggressive toward Africa’s would-be 55th recognized state. He has supported Puntland’s territorial claims and military actions in Sool and Sanaag. He has weaponized sovereignty, targeting overflights with an eye toward ending international air travel into Hargeisa, and not only refused to distribute Somaliland international aid in line with its proportion of the population, but has also sought to force international NGOs to work only through Mogadishu. In this, U.S. Ambassador Donald Yamamoto has also been complicit, using his position as head of the U.S. country mission to dissuade the National Endowment for Democracy and its component grantees from working in Somaliland and thereby pulling the carpet out from greater Somalia’s only democratic region at a time Farmajo doubles down on dictatorship.

If the goal is Somali unity, even Farmajo’s supporters must recognize his approach has backfired. In order to convince Somalilanders to return to the greater Somalia fold, Farmajo must make them want to return. Farmajo’s tenure, however, has repelled Somalilanders rather than force them to reconsider their positions.

Consider security: Somaliland has it; Somalia does not. Saccharine assurances by Somalia’s new ambassador to Washington aside, the reality is the al-Shabaab has staged a resurgence under Farmajo’s rule. In Baghdad, Iraqi President Barham Salih has walked the streets and visited the markets; Farmajo is afraid to do likewise, his statements to the international community about Mogadishu’s improving security situation notwithstanding. Just this month, for example, al-Shabaab detonated a car bomb near Somalia’s parliament. Just weeks before, another car bomb killed at least 90 on the outskirts of town. In contrast, the last major attack in Hargeisa was more than a decade ago. How Somaliland maintains security without billions of dollars in foreign assistance, but Somalia cannot is a question that Farmajo should address.

Or consider business: Somali officials say Somalia could rebound if only the world forgives $5 billion in debt, much of which its political class stole. Somaliland lives within its means, and is already a business hub. Coca Cola, for example, established its second largest bottling plant in Africa in Somaliland. Dubai World’s operations in Berbera are taking off. Companies across the world are circling Somaliland’s mining sector. While Somalia also hopes to attract foreign investment, its inferior security situation heightens both risks and costs for potential investors.

Or consider democracy: In theory, Somalia aims for one-man, one-vote elections but it is uncertain if it can achieve them on schedule. In regional elections, Farmajo only embraces democracy when it delivers candidates allied with him, and uses the state treasury and air space restrictions to undermine political opponents. In Somaliland, by contrast, voters undergo biometric iris scan registration, and their votes matter: Somaliland has had five elected presidents, and incumbents have stepped down with little complaint. There is no excuse for persistent delays to a new one-man, one-vote parliamentary election, but even that failure still puts it ahead of Somalia.

Then there’s rule-of-law: When Somalis or Somalilanders buy a house or invest in a business, they put all their money down at once; there are no 15- or 30-year mortgages like in the West. This makes purchasing properties or starting businesses tremendously risky endeavors, one which requires tremendous confidence that the system will treat them fairly. Here, too, there is stark disparity between Somalia and Somaliland. In Somalia, Farmajo has done little to reduce Somalia’s corruption problem. Transparency International, for example, has now ranked Somalia as the world’s most corrupt country for more than 15 years. Ordinary Somalis regularly go to al-Shabaab courts because they believe they are both fairer and quicker than state-run courts. Corruption also exists in Somaliland, but at a much-reduced level. And while Somalilanders rightly complaint about a lack of modern banking and the tendency of monopolistic businesses to charge uncompetitive rates for loans, they also feel that if they buy a house or a business, neither militias nor political cronies will confiscate their property or the fruits of their labor.

Somalia’s dream of unity is understandable and it can be compelling, just as those supporting Somaliland separatism can find their case persuasive. But, what Farmajo forgets or does not understand is that if Somalia is going to reunite with Somaliland, it must perform better than Somaliland. It must be more stable, more secure, more democratic, and less corrupt. It must have a better economy that will be a regional envy. Somalia cannot force Somaliland into its fold militarily; it is not strong enough and occupying Somaliland will never bring peace. Militaristic rhetoric from Farmajo will only exacerbate mistrust born from his relative Siad Barre’s rule and the human rights abuses he perpetrated in Somaliland. What neither Farmajo nor Yamamoto understand is that economic strangulation also will not compel Somaliland to rejoin Somalia. Indeed, it is hard to imagine Hargeisa under Mogadishu’s control when even Mogadishu is not under Mogadishu’s control.

Somali nationalists can cast aspersions toward Somaliland nationalists, and they can troll on social media. Farmajo’s advisors and his press spokesmen can insult from an official podium before they retreat into armored cars and locked-down compounds, or take official planes to Doha and Istanbul. But none of their tactics will achieve their goals; indeed, they only make them harder to attain. If Somali nationalists want to restore Somali greatness, there is no substitute for reform. Simply put, for there to be unity, Somalia must be better than Somaliland rather than try to suffocate Somaliland.