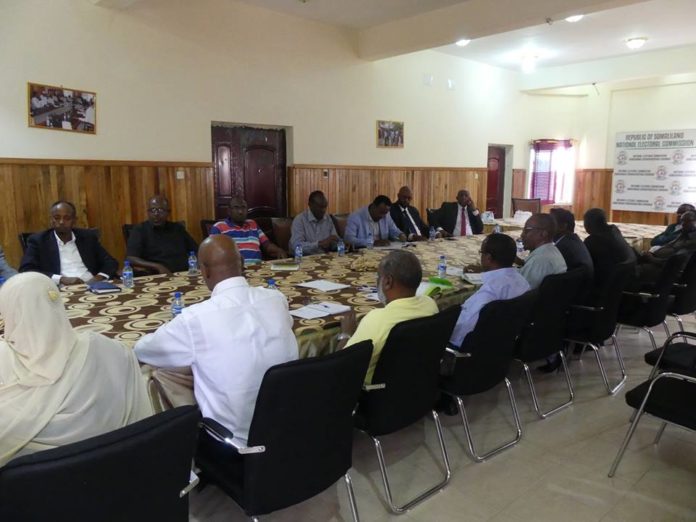 Election Commission on Wednesday held closed door meeting with two of Somaliland’s national political parties according to a press statement from NEC.

NEC and governing Kulmiye party accompanied by the Justice and Welfare party discussed the accord that the two aforementioned parties have reached which ended months of uncertainty of local council and parliamentary polls to transpire in the country.

The Commission said in the press release that the consultation meetings will continue with the political parties. The two parties yesterday announced a new deal whereby Wadani party which called on the disbanding of NEC was excluded from the meeting.