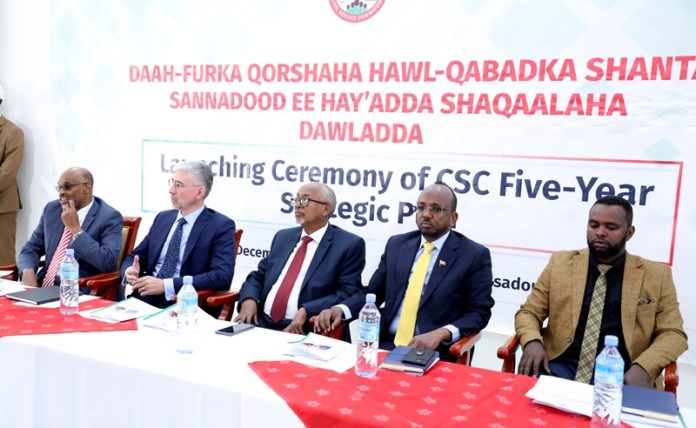 The VP who was flanked at the ceremony by the CSC chairman Mr. Farhan Adan Haybe noted that for an institutional unit to work with diligence it ought to have a strategic plan.

The VP, for instance, observed that the working rights of one who has been on the job for over a decade or so was not the same as that of a freshman (freshwoman).

He said that strategic and associated plans for the skills, welfare and associated issues of the Civil Service force ought to be have their procedural order in place.

The VP described the CSC and its college arm (CS Institute) as able and capacitated institutions that were capable of running their expected cues hence hailed the leadership of the civil service outfits had as similarly quite capable entities running them.