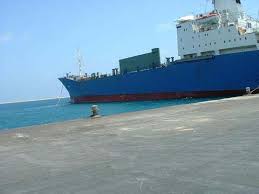 A cargo ship is reported to be stranded in the port city of Berbera for the second day running. The reason for the cargo ship is stranded in Berbera is that a recent verdict issued by Berbera regional court which stipulated that all vessels docking the port must pay 3500$. According to reports coming from Berbera indicate that Somaliland Documentation And Control Of Declared will collect the money that all ships and vessels docking the port should pay. The decision of the regional court was in line with a statement from Somaliland port agency has said that the money must be paid by the ships. The service that the agency which we cannot confirm for its existence is said to vet and ensure the docking ships and vessels if they are carrying cache of weapons.

Somaliland government has granted an operating license to man by the name of Mr. Jibril is in charge of the agency which is stipulated to search all ships from carrying weapons and dangerous stuffs including explosive items. The firm owning the ship which is stranded in the port dubbed as MSC has rejected to pay the amount of money. The ship is said to bring cargo materials to the port of Berbera on regular basis according to reports. The firm is arguing that the money is illegal and and that they are not entitled to pay it. The company further claims that they won’t pay such money at international ports for docking.

The irony of the matter is that the money will be remitted to bank account in Djibouti. There are reports which indicate that the owner of the firm which has been established to ensure for ships using the ports in Somaliland are free from carrying explosive items and weapons of all sorts. What has surprised Somaliland people the most is that the money will forwarded to bank account in Djibouti rather depositing an account in Somaliland banks that are intentionally recognized. 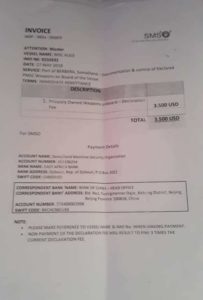 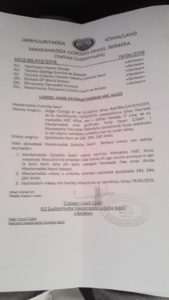 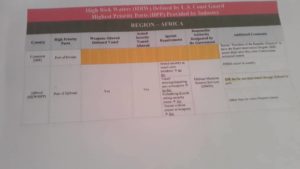