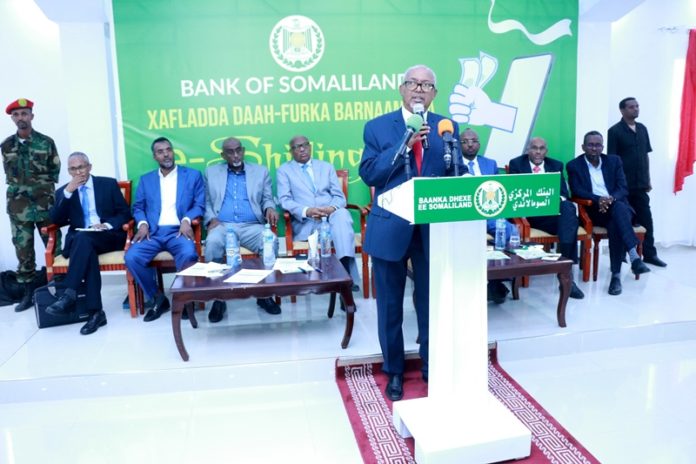 Somaliland government has launched an e-shilling service as the new mode of paying civil servants salaries.

The government and the Central Bank of Somaliland say this will help curb payments to ghost workers and also provide accountability and transparency.

Central Bank stated that this new mode of payment will also ensure all employees receive their payments fast and on time.

Also present was the Chairman of the Somaliland Labor Organization Farhan Heybe who said the system eliminates corruption of workers’ salaries and payments to unregistered employees.

“This will ensure there is transparency in the way civil servants are paid and also curb payments to unregistered employees,” said Heybe.

The self-declared country, which broke away from Somalia in 1991 but remains unrecognized by the international community, has become something of a wild frontier for cashless payments as it charts a trajectory towards creating the world’s first cashless society.

Whether in a shack on the side of a road or a supermarket in the capital of Hargeisa, mobile payments are fast becoming the standard in the country.

This shift away from cash is in part due to the rapid devaluing of the Somaliland shilling, the breakaway self-declared republic’s own currency which now trades at around 1 USD to 8,000 shillings.

With no internationally recognized banks and ATMs still somehow an alien concept, two private companies –E-Dahab and  Zaad have filled the void creating a mobile banking economy where the money is deposited through the companies and stored on phones, allowing items to be bought and sold with personalized numbers.

From brick and mortar shops in Hargeisa to street sellers sitting on old worn crates down dusty dirt roads in the country’s rural east, cash is being increasingly sidelined as more and more people adopt the cashless approach

It has been possible to send remittance, receive payments and pay bills electronically in Somaliland.

With the government now adopting the e-shilling as the mode of payment, Somaliland shift towards a cashless economy has hit a new gear. 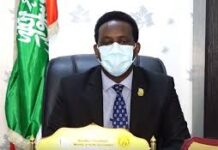 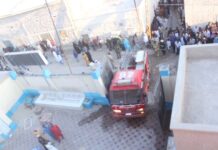 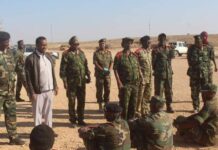