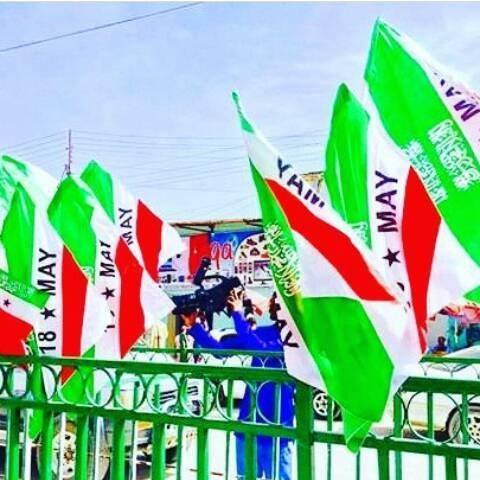 I write this article as a fellow Somalilander and a parent who concerned about our country that will be inherited by our children, grandchildren, and those yet to be born. I am writing in my personal capacity to express my deepest concern about the situation of our people. I thought that our several decades long political strive meant selfless—or to think less about personal gains, but think more about the ugly circumstances of our people; and to exert the most effort of services to improve their livelihoods leading them to a position free from poverty and misery.

Unfortunately, the Somalilanders who have gained their statehood sovereignty before three decades, after a long struggle for freedom; are now newly confined to a prison of tribalism, nepotism, classism, favoritism, corruption and poverty. These negative conditions existing in Somaliland caused the people to believe that their radiant hope and dreams of a bright and prosperous new tomorrow remains long distant.

We witnessed the deep and Persistent poverty that most of our community in theisolated rural areas, far–flung villages and IDP residential areas of Somaliland towns live with. There are thousands of families of Pastoralists who were traditionally dependent on herding their livestock for their livelihoods, but completely driven out by the deadly recurrent droughts occurred in the country. There are another thousands of families that their livelihoods were destroyed by the tsunami which hit along the western coasts of Somaliland; still roaming empty handed around their areas, appealing “S.O.S” for help.

The families of these groups are now in hundreds of unrecognized IDP Camps around all Somaliland towns and villages not having the means to afford basic human needs such as essential food to keep them alive, clothing, clean water, health care, and shelter. Both groups were affected by natural disasters which caused a serious disruption of the functioning of these communities with widespread human suffering, material, economic or environmental losses. These sufferings exceeded the ability of the affected communities to cope with these problems; leaving them to face worst human misery and hardships. The absence of an urgent support on time of the events exposed the carelessness of their governments.

If an emergency live-saving assistance will not be provided immediately; there is no denying the fact that the time ahead of them is going to be challenging, worsening and harder to them; that can cause more human life threatening Catastrophe to occur. The 1st and urgent need of the ex-pastoralists in the IDP areas is not a worthwhile and luxury life, but to secure their daily survival or just mere existence before we see our people dying of starvation. And the 2nd is to plan and implement core emergency humanitarian programmes and services necessary to enable them sustain their livelihoods-saving activities within a short time span.

Likewise, in the urban towns of Somaliland, inflation and poverty both below-the-belt-levels caused hundreds of thousands of families to reach the level of being have-nots. I can’t say they have not enough food, but truly they have nothing to relay on–even a single day feeding. Thousands of families go to bed with an empty stomach and poor health every night. These poor groups of the urban communities don’t need our sympathy; they don’t need our endless insignificant workshops just to collect allowances to satisfy this unending greed of government officers. They need from their government to take concrete and workable solutions about their problems; especially sustainable solutions to control inflation and effective ways for the barrage of higher prices brought about by inflation.

Let me remind you all, for the last decade “the policy of making the rich richer and the poor poorer” remains a blot on the soul of the last two governments. I wonder why our governments intentionally ignored the internally displaced pastoralists in the IDPs , and the poor urban people severely affected by the inflation, together constitute the majority of Somaliland population; while so few stinking rich people are feeling free by seizing and owning many state and public properties with the support of Kulmiye’s successive governments.

I and the elite people were expecting from the new government to seize the advantages of the errors made by its predecessor; through demanding its services with selflessness and willingness to give itself fully to the cause of taking immediate actions correcting those errors and their inherited  problems; prioritizing the problems that the people were within, problems that affected their livelihoods; and the national issues that even the common people know they may put up a blockade to hinder the new government’s political, economic and social strategies.

The people are waiting from Bihi’s government to take actions against the selfish based policy that the ruling body of the previous government, the rich companies and businessmen of the country and some tribe-based favored people shared among themselves almost all the state properties and other public benefits in Somaliland; while the majority of its people are in their lowest living conditions, and the situation is worsening day after day. The more an authority knows its peoples’ problems, takes actions to solve them, and show them that it is caring enough; the better it would gain their trust and confidence. By doing this, the people can feel there is a positive turn to the direction of their betterment, and begin to trust their new government

In my article of Framing and Advocating Pro-Poor Norms, let me clarify one thing, that in times of crisis and Calamity, when things happen such as the droughts and tsunami natural disasters, then the government’s job was most certainly to take care of its people. Assistance to recover from the property damages, livelihood destructions, and other calamities is what the government is supposed to do. The government only exists because of its people. Those ignored pastoralists and poor people created the government due to their desires. The government is therefore DEFINITELY OBLIGATED to be one with the people it represents and serves for the betterment of their human needs.

To conclude this article, we (the people of Somaliland) are waiting from the current authority whether it is endorsing the continuation of this scandalous behavior (make the rich richer and the poor poorer) as its predecessor; or bravely considering this as an act of treason against the poor people; by taking encountering actions, prioritizing to improve the lives of the poor and narrowing the gap between the rich and the poor. The Unequal distribution of the income of a society increases its political instability, and threatens protection of private property rights.

If it selects the positive option it will be within its political legacy; but if it prefers to be within the wrong turn of its predecessor, it will be held responsible for the shame. President John F Kennedy once said about this policy of supporting the rich and ignoring the poor: “If a free society cannot help the many that are poor, it cannot save the few that are rich.”