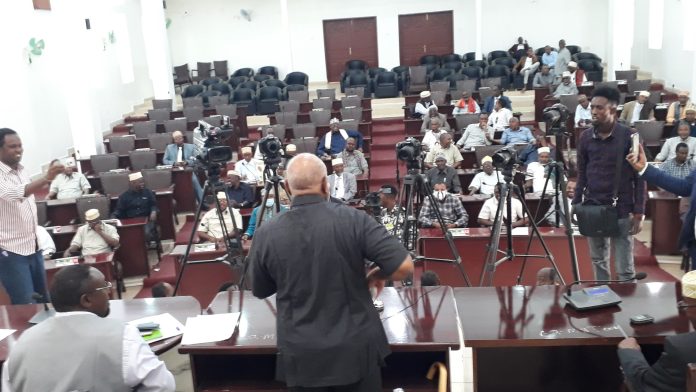 Somaliland House of Elders opened its 72th session yesterday after the MP’s returned from recess.

The Chair has today distributed the agendas of the session to the MP’s.

The House members were allowed for two days to read the agendas of the meeting which will focus on issues concerning domestic and foreign policies including the recently concluded talks hosted by Djibouti and attended by leaders from Somalia and Somaliland, and the the Covid-19 spread in the country.

The house also held deep discussions of the inter-clan recurring skirmishes which recently broke out in Sahil and Sanaag regions.

The water shortage experienced by major cities in Somaliland was also high in the agenda.

The House is also due to debate on education sector and how the youth in Somaliland will have access to high quality schools.

Grassy and farming lands will also be among the issues that will be overriding in the meeting.

They will discuss the stoppage of imported vegetation from overseas to Somaliland.

The house speaker gave the MP’s two day ultimatum to read and digest the agendas and return to session.