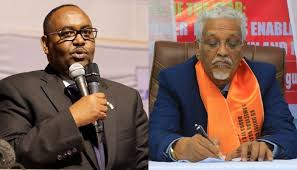 A dispute between Puntland’s president and the Vice president broke out yesterday pertaining to constitutional power exercise. The two leaders of Puntland provincial state in Somalia lock horns over the nomination of the chief presidential guard and his deputy. Puntland state deputy president, Ahmed Elmi Osman alias “Karash”, was disappointed with Deni’s unilateral decision of appointing the chief presidential guard and his deputy, terming it illegal. The Deputy President Ahmed Karash issued a decree stating clearly that he was not consulted over the appointment. Mr. Karaash said the nomination is clear violation of Puntland’s constitution and other laws  of the state. According to the official statement from the deputy president has stated that the naming is not in line with the state’s constitution. He said that the dismissed deputy chief of the presidential guard, Abdikani Mohamed Harbi, who was sacked by president Deni is the legitimate deputy commander of the presidential guards. The VP has ordered Mr. Abdikani, the deputy chief of the presidential guard, not to comply with Deni’s dismissal from the post and further notified that he has to execute his responsibility on daily day basis. 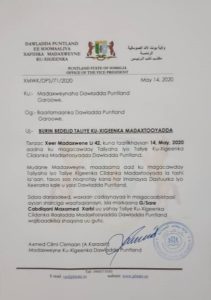 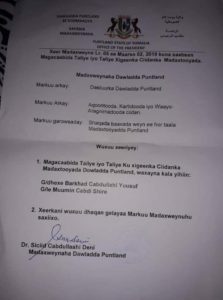