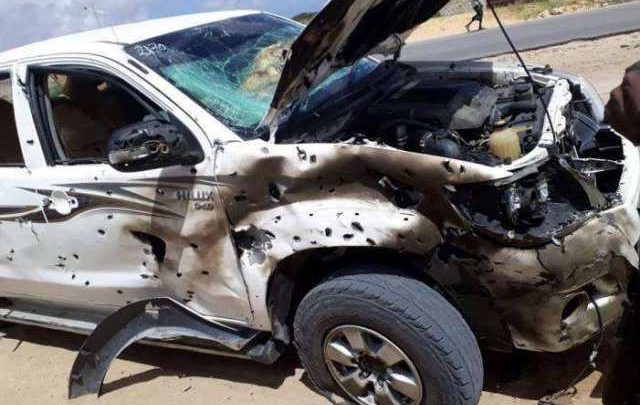 At least a police officer killed and three others wounded after a roadside blast targeted a police car in the outskirts of Benadir junction on Wednesday.

The targeted vehicles belongs to a senior police officer named General Ali Gaab who was not in the car at the time of the explosion.

Somali police officers have arrived the scene of the blast and closed the area for conducting investigations into the blast.

The police have not released any information regarding the incident.

No group has claimed the responsibility of carrying out the attack but the government blames it for Al-shabab which conducts similar raids.