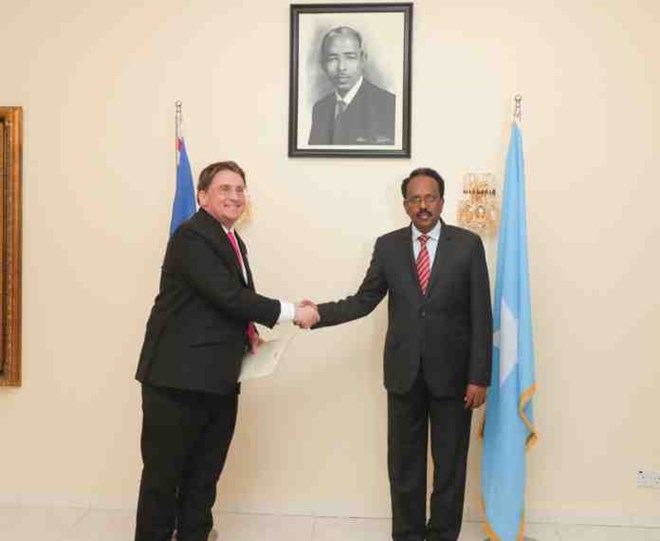 Mogadishu—The new British envoy to Somalia, Mr. Ben Fender, on Sunday presented a copy of his credentials His Excellency, Mohamed Abdilahi Farmajo, the president of Somalia. Mr. Ben Fender has passed regards from the British Queen Elizabeth 2 to the president of Somalia. The new British ambassador has passed condolences over the recent terrorist assault that hit Mogadishu. President Farmajo has appealed to the UK government to increase aid provided to the Armed forces in the wake of the combating the Al Shabab extremist. During the ceremony, the two officials reviewed bilateral relations and cooperation between the UK and Somalia.