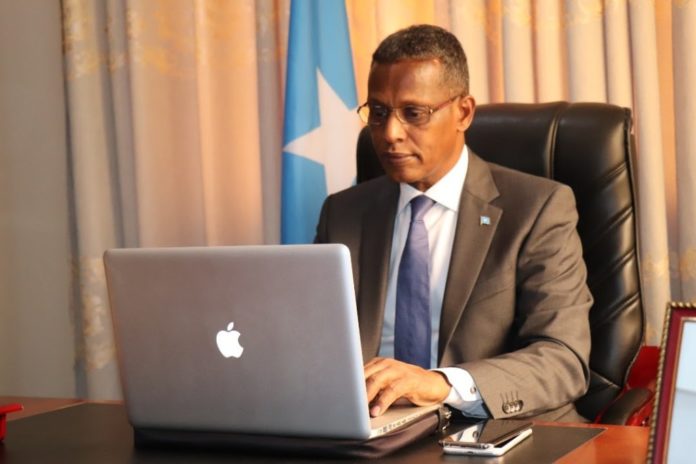 Somalia’s Minister for Post, Telecom and Technology, H. E. Abdi Ashur Hassan, has hailed the country’s latest improved global ranking on the cost of Internet, which put Somalia in first place in Africa and seventh worldwide.

Somalia is now leading countries where internet is cheaper across Africa and around the world according to a new study released recently.

Somalia has become first in Africa, making huge progress in the space of trail months.

Last year the country was 134th worldwide and 37th on the continent with a cost of 6.19 dollars as for 1 GB.

Several types of internet services are available in the country including DEL, UP services that are mainly produced by major network operators in the country.

The major players include global internet company which is jointly owned by three major networks of Hormud Telcom, Telcom Somalia, and NationLink.

Global internet company is the biggest ISB in the country and the sole provider of DEL UP services in South central Somalia regions in the country.