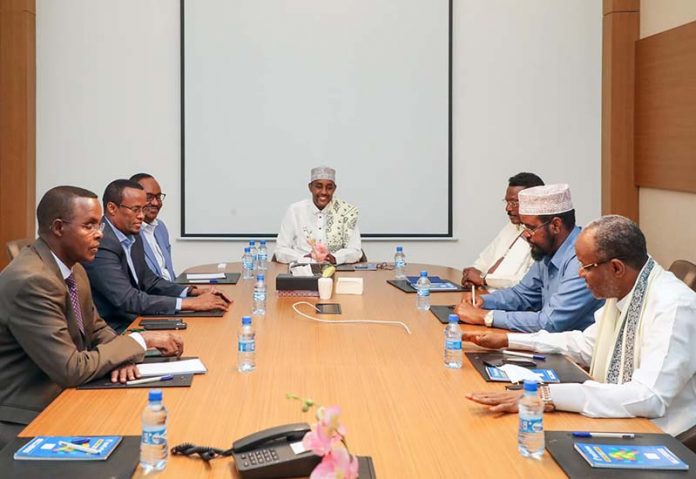 The vote has again missed its deadline, weeks after Somali leaders agreed to complete parliamentary polls by February 25. Two thirds of bicameral parliament seats have so far been amid renewed disputes between electoral bodies.

Concerns over Garbaharey, one of two constituencies where Jubaland authorities say elections cannot be held due to hundreds of troops deployed by President Farmajo, were among issues discussed during the Zoom meeting. The Prime Minister Mohamed Hussein Roble said he would send a fact-finding mission to the region to determine whether votes for 16 parliament seats could take place there.

The recent election of former spy chief Fahad Yasin, who is a key ally of the president, has reignited a power fight between the offices of the country’s two most powerful leaders. The federal election body nullified the outcome of his election this week but the electoral disputes resolution team, some of whose members had earlier been sacked over bias, validated the results, though it has later removed its statement from social media after coming under pressure from the Premier.

Security has also deteriorated over the past weeks, with increasing insurgent attacks hitting high-profile targets in Mogadishu. Bomb attacks targeted more than 10 police stations and district headquarters in the capital on Tuesday, a week after an overnight bomb and gun attack razed to the ground a police facility in Kahda neighborhood.