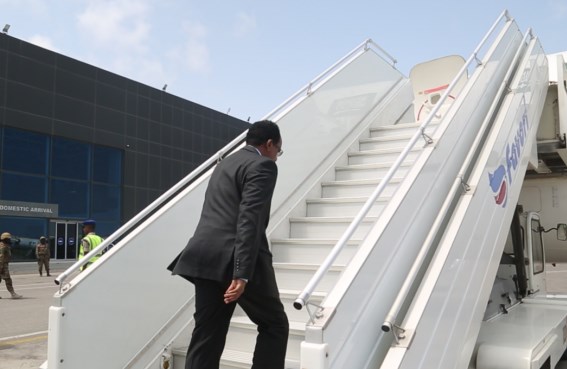 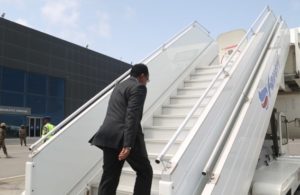 MOGADISHU, Somalia (AP) – Somalia’s president has begun a visit to Eritrea in another possible diplomatic thaw in the restless Horn of Africa region.

A spokesman said President Mohamed Abdullahi Mohamed had departed Saturday morning. “Somalia is ready to write a new chapter of its relations with Eriteria,” Abdinur Mohamed announced on Twitter.

The two nations have not had diplomatic relations for nearly 15 years.

Eritrea, one of the world’s most closed-off nations, remains under United Nations sanctions after alleged support for the Somalia-based al-Shabab extremist group, which continues to carry out high-profile attacks in the capital, Mogadishu. Eritrea denies supporting armed groups such as al-Shabab.

The visit by Somalia’s leader follows a stunning diplomatic thaw in recent weeks between Eritrea and Ethiopia after more than two decades. Ethiopia under reformist new Prime Minister Abiy Ahmed already has asked that the U.N. sanctions on Eritrea be dropped.

The U.N. secretary-general has indicated that the sanctions could be obsolete.

The changing relations in the Horn of Africa region are of interest to the wealthy Gulf states just across the Gulf of Aden and the Red Sea. Already they have been jostling for influence in the African nations along one of the world’s busiest shipping lanes, including both Somalia and Eritrea.

The United Arab Emirates, which set up a military base at Eritrea’s post of Assab after a Saudi-led coalition launched its war against Shiite rebels in Yemen in 2015, has played a role in mending relations between Eritrea and Ethiopia, in recent days hosting the leaders of both countries and praising their “bold” gestures.