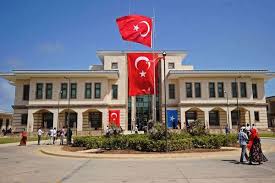 Turkish embassy in Mogadishu has entered into agreement with a private company to issue visa documents outside the embassy premises.

This comes after the Turkish envoy to Somalia has sent a complaint letter addressed to the Somalian PM protesting parliamentarians applying visas corruptly on regular basis.

The embassy accused MP’s and government officials calling on the embassy premises applying visas which they resell to people who migrate to Europe illegally via Turkey.

The embassy listed 15 MP’s and government officials mentioned in the gripe letter.

It is said that they are part of corrupt racket who are accustomed of reselling Turkish visa in an expensive price.

The embassy discovered that an MP brought 8 different women at different times claiming that they are his wives.