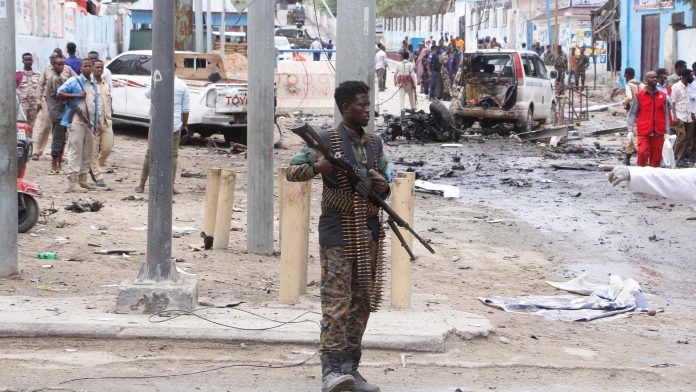 A letter circulated online by the Ministry of Information, Posts and Telecommunication ordered internet service providers to block Al-Shabaab-affiliated websites with immediate effect.

Somali Deputy Minister of Information Abdirahman Yusuf Al Adala said on Saturday websites and social media accounts with links to the group had been removed. Group’s websites were still publishing news content on Sunday, though some mobile users reported they were unable to access them.

Weeks after launching an offensive against Al-Shabaab, Somali government on Saturday ordered journalists and media not to cover attacks and stories of the militant group, threatening consequences against those who fail to comply with its order.

In a statement, Al-Shabaab called on journalists to avoid taking sides in the conflict raging in the war-torn Horn of Africa nation and warned action against internet service providers that take government orders in blocking its news websites.

Al-Shabaab said the government move to force media in covering one-sided stories is aimed at covering up “failures in battlefields”. Last week, militants claimed to have reversed gains made by allied government troops and clan militias in the central regions of Hiran and Galgadud.

Secretary General of a Mogadishu-based media association FESOJ said government order could disrupt operations by journalists and local media stations, and called for further interpretation of the remarks made by the Deputy Information Minister.