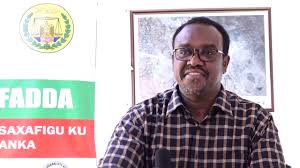 The ministry of Information has issued a press statement and said that the Somali BBC has broadcast news coverage on Wednesday noon saying that Somaliland President Musa Bihi Abdi has received foreign delegations at his office and the delegation is due to meet with opposition groups later this afternoon.

The ministry of information further alleged the Somali BBC radio news bureau is intent on broadcasting false news about Somaliland.

The information ministry was taken aback when it heard that the Somali BBC radio has aired news that is far from the reality.

It has called on the news bureau to stop disseminating such false reporting as this could damage the reputation of the media outlet.

The Somali BBC Radio is accustomed of covering fabricated news from Somaliland on several occasions.

It called on the radio to protect the integrity of its listeners and to refrain from false reporting and not to cover news that did not happen.