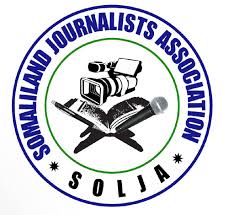 Somaliland Journalists Association condemns the arrest of the owner of ASTAAN Tv Abdirahman Yusuf Mohamed being in detention for the last 5 days. After the security forces caught him on the evening night of the 18 July 2020, in the efforts to uncover what has caused his arrest and accessed all the security forces specifically the intelligence department, but they did not give any official response for the purpose he was arrested.

SOLJA calls the government to ensure the justice and brought him before the court also give him the right’s given by the constitution to have the access of his lawyer and see his family, The chairman of SOLJA Mohamoud Abdi Jama highlighted that the public and the media owners who have made investments with in the country deserves motivation.

Chairman of SOLJA Mohamoud Abdi Jama said “SOLJA demands from the government to release Abdirahman and we are against and condemn any person within the borders of Somaliland who is arrested in an illegal manner”.