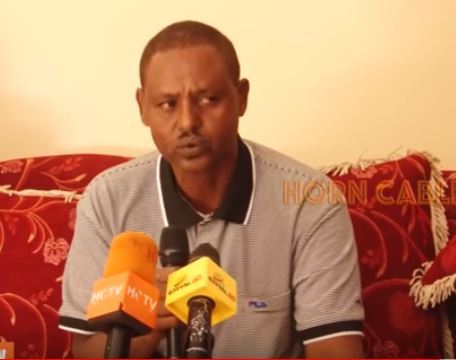 HARGEISA– Renegade General who was a senior member of Somaliland’s defense forces Mr. Jamal Mohamed Du’ale alias Jamal Bahad has appealed to Somaliland president to grant him a pardon after he defected from the army and joined a rebel militia group led by defected Colonel Arre.

Mr. Jamal has said that he denounced his brainwashed doctrine and is ready to serve for his people and country once again.

Mr. Jamal has announced that he has given up his ideology which was aimed at taking arms against Bihi’s administration.

The renegade general is with defected soldiers who have denounced their belief that they won’t wage war against their homeland.