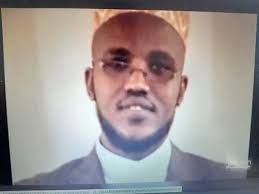 Together with relatives & traditional elders have expressed thanks to Somaliland President Musa Bihi Abdi for having discussions with Djibouti counterpart in Djibouti on Abdilahi Sheikh Abdirahman, who is a Somaliland national detained in Djibouti on terrorism charges.

Abdirahman was accused of masterminding a raid that happened in Djibouti in 2014.

Relatives and clan elders who spoke to Somaliland press also encouraged the president to exert a lot of diplomatic leverage into the case so as to secure the release of the detained man.

The relatives further said that the former administration illegally extradited and handed over innocent Somaliland national to Djibouti.

It was last week once president Bihi confirmed on his arrival speech that he raised the pressing issue with the Djibouti president and promised that the case will be reviewed at the court so that the detained Somaliland citizen will have fair justice.

The president has not cited a clear date that the case will be reopened.

Abdilahi Abdirahman has been held behind bars in Djibouti for the past 6 years after he was accused of having links with terrorism activities.

Djibouti & Somaliland closely cooperate on matters pertaining to security as both authorities are committed to eradicate al shabab menace and their sympathizers from the region.

The two countries in a joint intelligence cooperation have thwarted terrorist elements in the Horn. The ties between Djibouti & Somaliland will be unshakable one in anticipation of regulations in the foreseeable future on refugee flow, an issue which will continue to be significantly determined factor in bilateral ties.

Friends and family members of the detained man have put their faith on president Bihi and the SL diplomatic community in Djibouti.