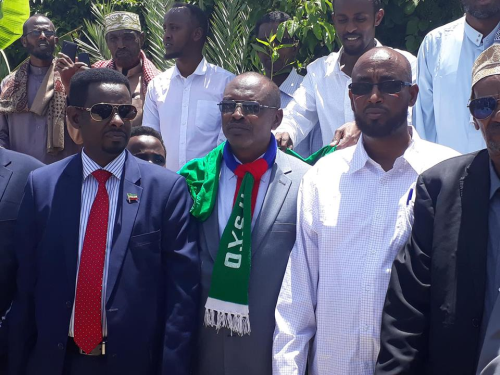 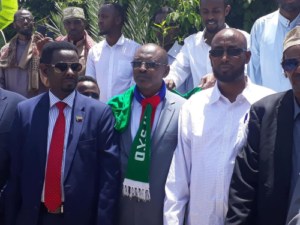 He was received by Members of Somaliland parliament and other officials. The Justice & Welfare Party leader, Eng. Faisal Ali Warabe who met with Qalbi Dhagah in Niarobi invited him to come to Somaliland.

Qalbi Dhagah was frogmarched from Mogadishu by Somalia military and handed over to Ethiopian government who imprisoned him but after the incumbent prime minister of Ethiopia, Abiy Ahmed came to power he released all political detainees. Mr. Abdikarim was among thousands of inmates arrested in links with separatist movement in Ethiopia.