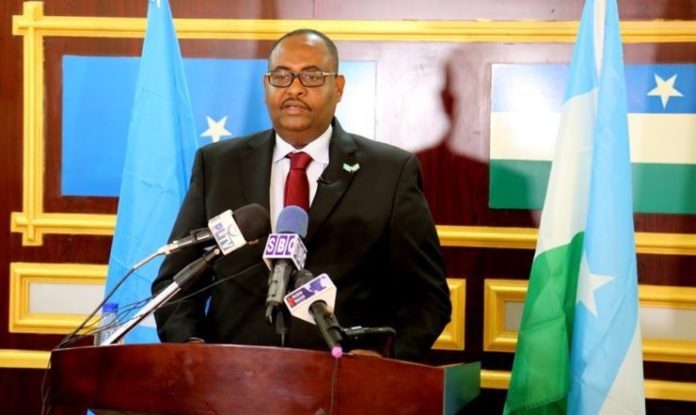 Puntland leader, Mr. Said Abdilahi Deni has said that he is disappointed with the way that the Somalia is governed by the SFG leader namely Farmajo and Khaire.

Mr. Deni has blasted the SFG leadership of clearly violating the 4.5 power sharing agreement which Somalia leaders have unanimously consented upon. The president having met with senators hailing from Puntland before holding the press conference. Mr. Deni and the senators have agreed that Farmjo and Khaire administration is not ready to have closer working ties with Somalia state leaders.

The Puntland leader has scathingly accused of the SFG leaders of corrupting international aid earmarked for Somalia. In addition, he strongly condemned the selection process of Somalia’s central bank governor which the PM, Khaire has appeased the post to a friend by the act of nepotism.

Puntland president has announced holding an emergency meeting in May which will see the attendance of all Somalia state leaders along with Farmajo and Khaire are all invited.