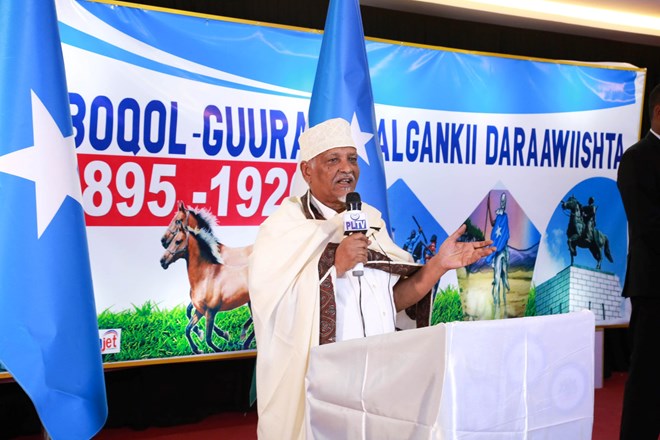 Puntland and Somaliland have engaged claims over the Darwish history dating back to the pre-colonial emancipation struggle which was spearheaded by the late Sayid Mohamed Abdulle Hassan.

Both Somaliland and Puntland authorities have argued that the history of the struggle solely belongs to them which transpired to over two centuries.

The row over Darwish history attribution has started after Somaliland information minister, Suleiman Ali Koore, who hails from Sool province, has unequivocally stated that the struggle has commenced in the northern provinces of Somaliland.

Puntland has held its first anniversary of commemorating Darwish history.

The event was organized and held in Garowe, Puntland administration seat last night.

Puntland and Somaliland did not mark the Darwish history in the past years but it is noteworthy that the struggle of Darwish was commemorated on yearly basis by individuals hailing from Taleh, the cultural and historical sites depicting the Sayid Mohamed Abdulle Hassan artifacts.

The Deputy President of Puntland authority Ahmed Karaash has insisted that Somaliland has no place to claim the ownership of Darwish history and cannot assert ownership over it.