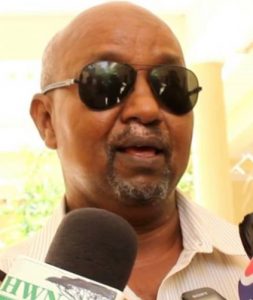 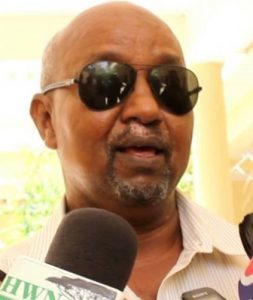 This was stated by Somaliland member of Parliament Saeed Artan Osman during an interview with the Hornnewspaper in Hargeisa where he categorically blamed the administration of President Muse Bihi for allowing Puntland authorities entry into Somaliland.“How is it possible that not only did Puntland President Abdiweli Gas enter the Somaliland town of Badhan in safety but chair meeting of Cabinet there” queried the MP
The legislator who sits at the House of Representatives which is Somaliland’s lower chamber of parliament was reacting to surprising events that saw President Gas of Puntland not only visit Badhan town in the east of Sanaag Region but actually initiate developments projects on top of chairing a Cabinet meeting.
Puntland which claims jurisdiction over parts of Somaliland’s like east Sanaag Region and entire Sool is a regional administration of Somalia a country from which also claims jurisdiction over Somaliland.
According to the MP the inaction displayed by the government of Somaliland during the entire saga that unfolded in Badhan where a foreign government took complete authority is solely the responsibility of President Muse Bihi.
In lieu of this violation of the Somaliland territorial integrity I hereby urge President Bihi to take expedited action that though not towards rectification of foregone events but as a deterrence of similar acts on the future” said MP Artan
Adding that unless this is done and done now it shall not be surprising to see President Gas not Visit Las Anod but Burao and hold Cabinet meetings there as well.
Urging the head of state to prioritize national issues , the Legislator said that it was surprising to see an administration completely engaged in the now controversial Somaliland Rape Law, While the country was being invaded in the east.
The Rape Law that was recently promulgated by the president following approval by both chambers of parliament is now set for review following lobbying by religious leaders who claim that it contravenes some Islamic tenets.
In conclusion MP Saeed Artan Osman informed President Bihi that citizens of Somaliland are anxiously awaiting his response as pertains violation of the country’s territorial integrity by the Somalia administrative region of Puntland