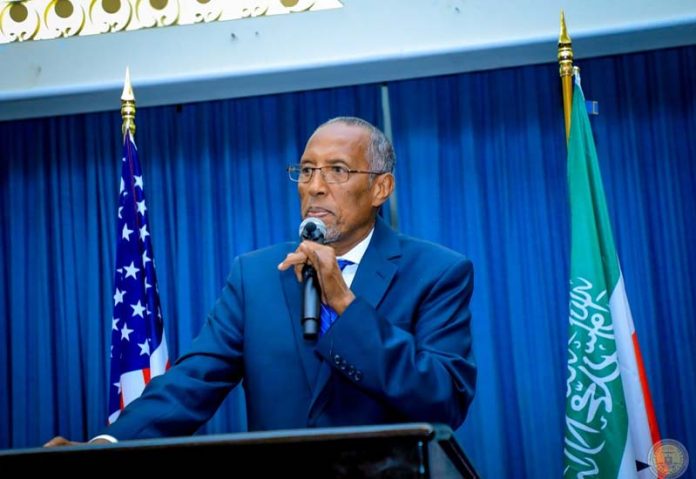 Somaliland President Muse Bihi Abdi said on Sunday that Somaliland had a sovereign right to strike a military base accord with the United States during his first visit to Washington.

In an interview with VOA Somali, Bihi did not say if the issue had been raised during meetings with US government officials and promised to discuss the matter later after he returns home.

Somaliland tabled a request for an official recognition of its statehood by the United States, but Washington said it was up to the African Union to determine on the issue and urged talks to solely focus on prospects for more cooperation on economic, security and diplomatic interests, he added.

Asked about China’s anger over Somaliland-Taiwan ties, Bihi said his government was still open for talks with Beijing to forge relations on key forefronts, provided they posed no threat to the interests of other partner nations.

Somaliland President Muse Bihi arrived in Washington on March 13, in his first visit to the US. His Information Minister told reporters in Hargeisa that the President had received an official invitation from the US government, a claim later denied by Washington’s ambassador to Somalia Larry Andre.

Bihi, who is expected to seek re-election in a presidential election scheduled for November, hailed a call by the US House of Representatives Foreign Affairs Committee for increased engaged by the State Department with the self-proclaimed state on issues of mutual diplomatic, security and economic interests.

Following a meeting with Mr Bihi, US Assistant Secretary of State for African Affairs Molly Phee said last week they had discussed to strengthen engagement with the break-away state “within the framework of our single Somalia policy”.