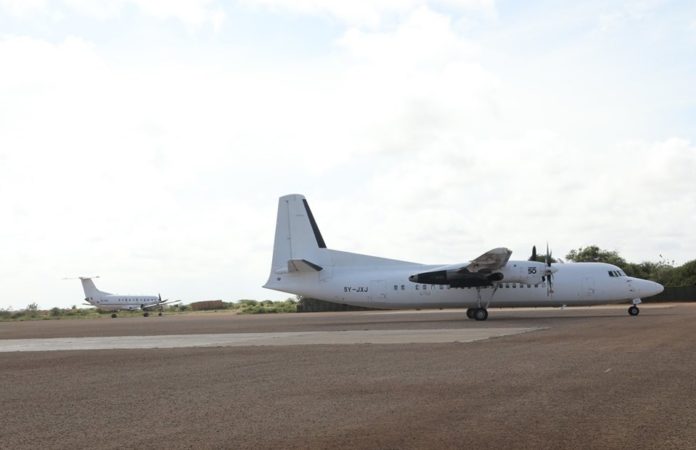 A commercial plane that violated Somali government’s travel ban on Kismayo was a charted flight and was operated by a local company, Horn Globe sources and documents of registration have revealed.

The turboprop-powered Fokker 50 plane flew from Nairobi’s Wilson Airport, Kenya to Kismayo, Somalia on Saturday afternoon. It carried Somali opposition figures and members of the Federal Somalia Parliament who were previously banned to travel to the southern port town to attend the controversial inauguration for Jubaland leader Ahmed Madobe, who the legality of his re-election victory in August is disputed by Mogadishu.

Among the politicians who came onboard the Kenyan registered Fokker 27 MK 050, 5Y-JXJ were former presidents of Galmudug, Abdikarin Hussein Guled, South West, Sharif Hassan Sheikh Aden and scores on opposition lawmakers who were stranded in Nairobi.

Initial media reports indicated the violator aircraft was purchased by Jubaland authorities, but sources in Mogadishu and Kismayo doubted the possibility of purchasing a plane. However, documents seen by Horn Globe News show that the plane is owned by the United Arab Emirates stationed Coral Coast FEE and was leased to Jubba Airways.

“After mysterious plane that flew directly to Kismayo from Nairobi, Somalia Federal Government filed official complaint to the International Civil Aviation Organization (ICAO) which is a United Nations body in charge of international air navigation,” said a senior official at Somali Ministry of Air Transport and Aviation who spoke to Horn Globe News on condition of anonymity as he was not authorized to speak about the Saturday’s incident.

“This has been a blatant violation against our airspace and our sovereignty,” this official added.

The move resulted Jubaland officials to postpone the presidential inauguration. 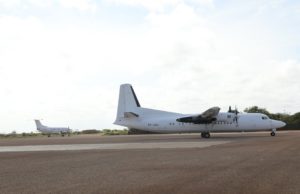 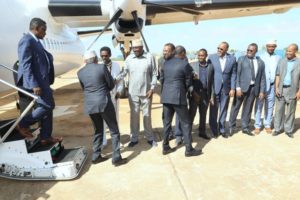 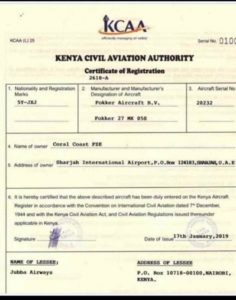