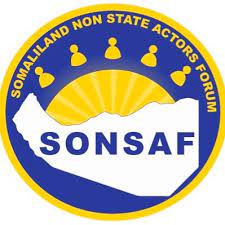 Somaliland Non-State Actors Forum- SONSAF in conjunction with Center for Democracy & Governance (CDG), have held a two-day training for the local council & parliamentary candidates. The event was graced by NEC Chairman, SONSAF Chair, ands representatives from the main political parties. The mission behind the training is that the nation to hold peaceful polls. Abdirashid Mohmud alias Riyo-rac, SONSAF Chairman, Anwar Abdirahman, and other representatives from the main political parties have attended the launching of the training. EU has paid the funds for conducting the training. Candidates from Kulmiye & Wadani parties have attended the first day of the training. Justice & Welfare party (UCID), candidates will attend the training on Monday. Anwar Abdirahman has clarified the importance of the training for the candidates and the public. He said: “This training is designed for the upcoming elections in Somaliland to reach out to all political stakeholders including national political parties and the central gov’t. Indeed the main agenda of this training is to have peaceful elections. You as candidates could also play a key role in the country to conduct peaceful polls.” NEC chairman has advised the candidates to accept both victory and defeat and there is no in between. He noted conducting peaceful campaigning will matter a lot to the nation at this critical juncture. Abdirashid said: ” We are sending a great message to the local council and parliamentary candidates. We should know that Allah will decide the fate of each and every candidate who will lead the community and it will not be decided on the number of voters you got. It is possible that someone who believed to be at the top list of the winners will end up losing and vice versa.” Somaliland will begin on Sunday local council and parliament campaigns. The three main political parties have seen eye to eye to hold rallies for about six days whereby each and every party has got two days to hit the campaign trail.