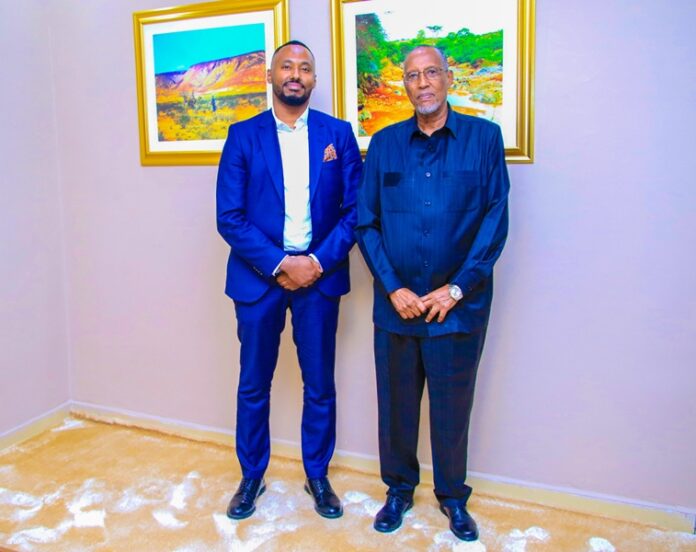 The native Somalilander happens to be the first ever person of Somali origin to be publicly elected to join the Finish August house.

Suldan Said Ahmed was accorded a VIP reception at the airport, when the duo of Livestock and Road ministers the Honorables Said Sulub and Abdillahi Abokor received him.

While paying the courtesy call to the Head of State who was flanked by his deputy H.E. Abdirahman Abdillahi Ismail, the Finish-Somalilander lawmaker was similarly accompanied by the duo who earlier received him.

This is his first trip outside Finland since his election as an MP.