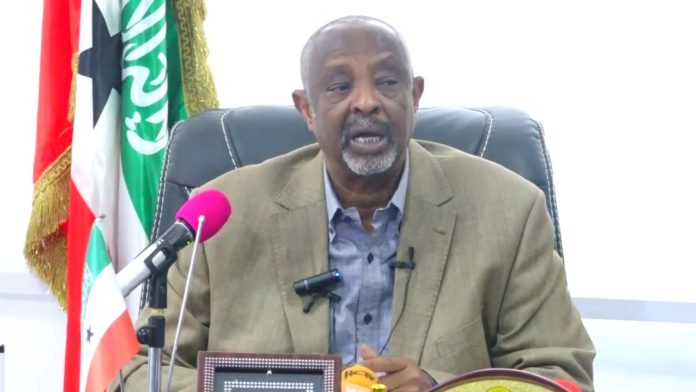 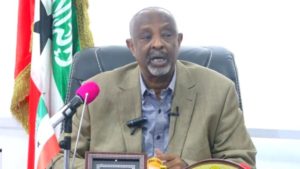 Hargeisa- The minister of internal affairs Mr.Mohammed Kahin Ahmed has met with the youths of Sool region. During the meeting the minister was flanked by the Sool governor Mr.Abdirashid Hussein Abdille Gargaar. The internal affairs minister met with intellectuals and youths from the province in Lasanod town.

This is according to Somaliland News Agency (SOLNA) journalist based in Lasanod town. The minister was accompanied by the deputy commissioner of police Brigadier General Abdirahman Liban Fohle . The Youths discussed with the minister on ways to propel the region to development and fight insecurity.

Minister Mohammed requested the youths of Sool region to help in negotiation of peace with their brothers who reside of the south side of the region following recent skirmishes between two brotherly clans. A large delegation consisting of the committee of peace and security of Sool and Buhodle region have descended on the region to talk peace.

Youths of Sool province promises=d to work hand in hand with the government until peace is realized in the region.