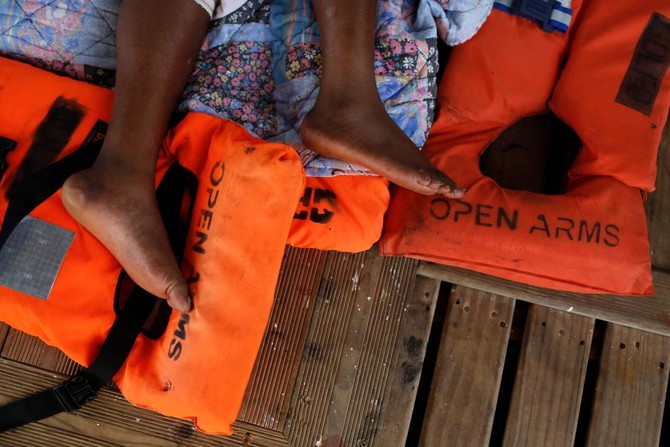 Back in 2012, the European Court of Human Rights ruled that Italy was in breach of various fundamental human rights when Italian coastguards had intercepted three vessels packed with Eritrean and Somali migrants and forced to return them to Libya. The action of interception had established a jurisdictional link making the Italian authorities responsible for the treatment of those on board (both at sea and back in Libya).

The decision sent a clear message that fundamental rights under the European Convention, particularly the prohibition of inhuman and degrading treatment, should be respected regardless of the nationality of the rights holder and the location of the interception.

It also had the unintended consequence of contributing to a “look the other way” migration policy that has come to characterize the European response to migration, including asylum.

At the height of Europe’s self-proclaimed “migration crisis” in 2015-16 when an estimated 1.4 million people sought asylum in the E.U., there were over 4,969 recorded deaths in the Mediterranean. The International Organization for Migration proclaimed the journey from North Africa to Italy as the world’s most lethal route. While European states argued over how to prevent irregular migration, they continued to ignore the unfolding humanitarian tragedy at their border, as well as their role in its making.

The case of the drowned toddler Aylan Kurdi appeared to mark a turning point in the public’s understanding of the plight of asylum seekers. European governments and mainstream media were forced to take a more sympathetic angle, moving away (albeit briefly) from the economic migrant and bogus asylum narratives so ubiquitous in the European media.

The U.K., under former Prime Minister David Cameron, promised to extend the Syrian Vulnerable Persons Relocation scheme to take in 20,000 Syrian refugees “to fulfill its moral responsibility.” The precise figure ascribed to this moral obligation needs perhaps to be viewed in the light of almost 7 million externally displaced Syrians, many of whom are effectively trapped in camps in the immediate region. They have no legal route to rebuild their lives and are expected to remain, in existential limbo, until Bashar al-Assad’s regime finally crumbles and it becomes safe to return.

The containment of irregular migrants, in regions of origin and removed from the relative safety of Europe, is now the dominant policy of the European Union. The E.U.-Turkey deal which saw the relocation of migrants from Greece to Turkey with the remote possibility of European resettlement for those that qualified under the limited terms of the agreement, exemplifies this “out of sight, out of mind” approach. While it fails to guarantee the right to enjoy refugee status (Turkey does not allow a claim for permanent refugee status), it also fails to acknowledge the desperation of those contained and the impact on host communities.

Conditions in Libya, particularly for sub-Saharan migrants, remain dire. Arbitrary detention, torture, and widespread abuse have been well-documented by human rights organizations and are revealed in the harrowing testimony of survivors. Amnesty International and Human Rights Watch have documented hundreds of cases of abuse in official detention centers. 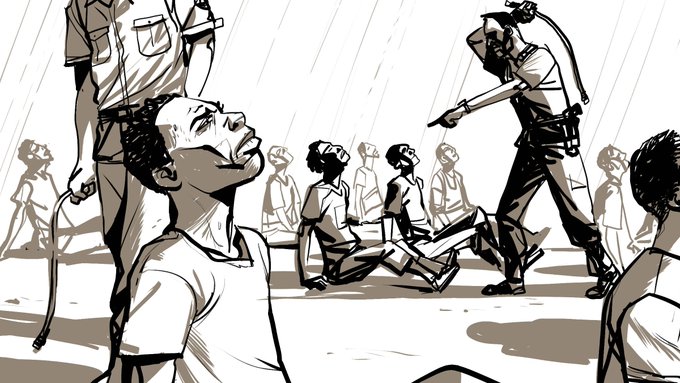 “They make us sit and look straight at the sun.” ~ “Elijah” from Sierra Leone @hrw found violent abuse by guards in four official detention centers in western #Libya. https://www.hrw.org/news/2019/01/21/libya-nightmarish-detention-migrants-asylum-seekers …

The UNHCR has long advocated a safe passage route from Libya yet this has repeatedly been blocked by European governments anxious to ensure that there is no deviation from the “prevent and deter” strategy.

Meanwhile, European governments have viewed the Libyan authorities as key partners in the fight against irregular migration. It is perhaps worth stating that irregular migration is a catch-all term that inevitably includes refugees, those fleeing civil war, and unaccompanied child migrants, along with those crudely termed economic migrants. Any initiatives to prevent or deter such migration will, therefore, prevent those fleeing persecution from exercising their international right to seek and enjoy asylum safe from persecution.

As one migratory route closes, another always opens. The greater the risk of detection, the greater the smugglers’ fee. Increased surveillance off the Libyan coast has resulted in the dispersal of migratory departure points across North Africa, seriously compromising the ability of those engaged in search and rescue to save lives.

A humanitarian tragedy is occurring in the Mediterranean, made considerably worse by the behavior of some European governments that have impounded search and rescue vessels operated by humanitarian missions on the pretext that they encourage smugglers.

In January, the German-registered Sea-Watch 3 rescued 47 people, including 15 unaccompanied minors, from a rubber dinghy off the coast of Libya. Having been refused permission to dock in Italy for eleven days, the crew made an emergency application to the European Court.

After the Court required that the Italian authorities “take all necessary measures, as soon as possible, to provide all the applicants with adequate medical care, food, water, and basic supplies as necessary,” a deal to relocate the arrivals was struck with seven European governments.

There is now a vacuum of responsibility at the heart of the European Union. The absence of decisive leadership has led the UN’s High Commissioner for Refugees to condemn a European competition to deny responsibility. The heavily resourced E.U. Frontex agency has recently revised (and narrowed) its Triton mission after extensive criticism from the Italian authorities. Themis will focus on criminal activity, closer to the Italian coast and, crucially, will rescue only “if asked.”

As a result, the chances of dying in the Mediterranean are now far greater than ever, with one person drowning for every 57 that arrive safely.

Brendan Woodhouse, a member of the Sea-Watch crew, suggests the number is actually far greater as many drown without ever being recorded or documented. He told me that the only government vessels now patrolling the region are those of the Libyan coastguard, funded by European governments. He characterizes their response to search and rescue as comprising “hostility, haste and bad practice.” Even more worrying is the allegation from those recently rescued that members of the Libyan coastguard were involved in their detention and torture back in Libya. 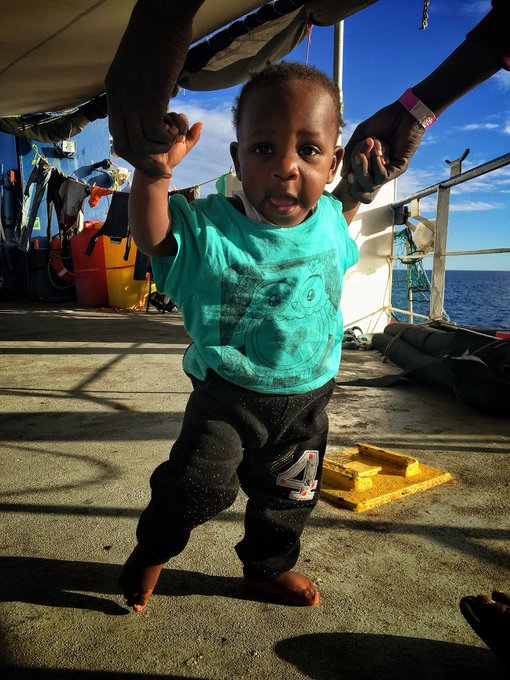 Today a baby learns to walk on the Seawatch 3. End her needless imprisonment in the sea. Open the ports and let her walk on land.

Photo taken and shared with her mother’s permission

The principles of common humanity and international refugee law are being routinely undermined. In one recent incident north of Libyan port city Al Khoms a cargo ship picked up survivors, including women and children who had been left stranded for two days. They were immediately returned to Libya in clear breach of the principles established in the 2012 Hirsi Jamaa case and the international obligation of non-refoulment.

Woodhouse is uncompromising in his criticism: “Can you imagine a world where 47 white people were allowed to drown by European governments? Can you imagine if they were rescued by someone, that their rescuers would be accused of being criminals? If it was white people, can you imagine? … neither can I.”

Disclaimer: The views and opinions expressed here are those of the author and do not necessarily reflect the editorial position of The Globe Post.