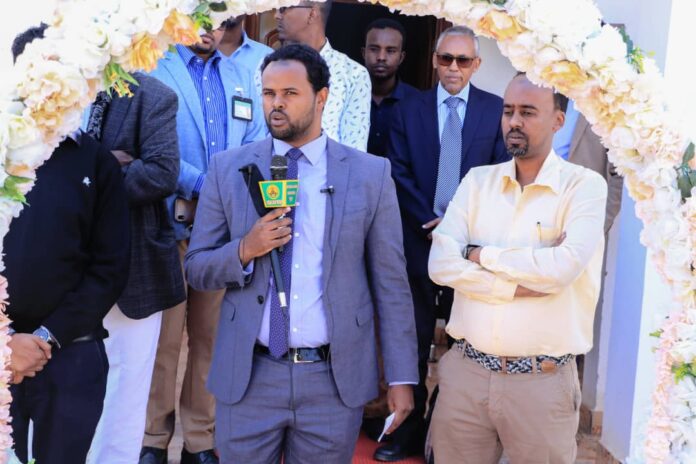 Hargeisa 14Dec-2020– Ministry of Finance opens new offices in the Ministries of Justice and Public Works and the Central Bank branches.

Minister of Finance of the Republic of Somaliland Dr. Saad Ali Shire accompanied by Deputy Minister Md. Muse Ibrahim Yusuf, Governor of the Bank Md. Ali Ibrahim Baghdadi, Accountant General of the Government Ahmed Daud Gedi, and the Director of the Central Bank, Mr. Ahmed Hassan Carwo, jointly opened two offices for the Office of Public Accounts secured within the 2nd and 3rd branches of the Central Bank.
These offices will check the revenue before it is depositing , the move will eliminate the burden and delays prior faced in depositing the government’s revenue as the Office of the Revenue Auditor and the Bank were are located at different locations.

Speaking on the importance of the offices, the Auditor General said that these offices are meant to facilitate the depositing of government revenue, as the offices of the Inland Revenue Department have increased.

The Governor of the Central Bank welcomed the Ministry of Finance and the Accountant General to have offices in the branches of the bank, as we share close working relationship.
The Minister of Finance, Dr. Saad Ali Shire, said in a statement that the offices we have opened here today have been made possible by our cooperation with the Central Bank, and I thank the Governor and the Director General.

The Minister of Finance also cut ribbon two new offices the Inland Revenue Department opened in the Ministries of Public Works and Justice.