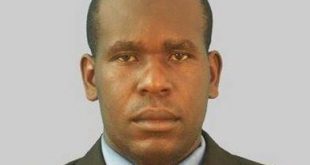 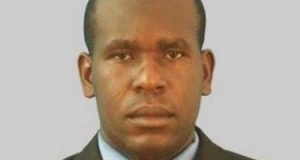 Over the last several weeks there has been an interesting discourse going on in USA on whether or not the media is a danger to the nation or not. This discourse has steadily grown out of an uneasy relationship between some of the major media networks and the US President Donald Trump that began during his presidential campaign in 2016.

Whereas President Trump has repeatedly made remarks and also relentlessly tweeted about the media bias against him and his administration, the media has defended itself by justifying its role in the country’s democratic tradition. Just a few days ago the discourse took a much dramatic twist following a sensational remark by the President that, “the media is a danger to the nation.” This remark created uproar and received serious condemnation from the media fraternity and the public.

Even though the President Trump’s daughter and advisor Ivanka Trump brought sobriety to the discourse when she came out and clarified that indeed the media cannot be a danger to the nation, thereby allowing assumption that the president’s remarks could be interpreted as personal; but the matter still remained complicated following the refusal by White house press secretary Sarah Sanders to rebut the “media is a danger to the nation” statement. She even went further to emphasize with examples, how the media has repeatedly published fake news, promoted hatred and incited the public to render violence against some members of the administration including her.

The refusal by Sarah Sanders to rebut the controversial remark has serious ramifications, bearing in mind that she is the administration’s official spokesperson and White house press secretary which implies that the relationship between the media and Trump administration has taken a turn for the worse. It will be interesting to see how this relationship will unfold in the next few weeks as attacks between a administration and media escalate into the most direct tone ever seen in recent years.

Such frosty relationship between a government and the media appears to be a norm rather than the exception to the situation in most parts of the world as the media has to continually fight for its space society. Even with the expanded media freedoms and the easy accessibility of news in this age of the internet, the government and political intolerance towards the media seems to be growing.

Globally a new trend of nationalism has emerged whereby protectionist political ideologies that look inward at the exclusion of the rest of the world are gaining power in America, Europe, some parts of asia and Africa. As a result powerful countries such as USA, China, Russia, Germany, Britain, Italy etc are focusing on implementation of exclusionist policies on areas of trade, immigration and climate change in a way that disseminates the rest of the world. Even country like Kenya Jubilee government was elected in 2013 on a platform of emphasizing Kenya’s sovereignty against UN controlled ICC interference. Meanwhile the local media in such nations are labeled as “leftist,” “radical,” “unpatriotic,” or “championing foreign agenda,” among many other derogatory tags of it attempts to publish excesses, misuse of power and corruption of such a governments.

Governments elected on a wave of such negative nationalistic populism will label any group whether it is media, opposition parties or civil society groups who question its excesses, as “unpatriotic.” This is the kind of environment where the media finds itself today in many countries, both advanced, developed countries and poor developing countries. It becomes an uphill task for an independent and forthright media to operate as they face constant harassment, their equipment vandalized or their programs switched off as was witnessed in Kenya at the climax of the 2018 election stalemate.

Incidentally, the same government and politicians are also always eager to benefit from positive media coverage because they need the media to disseminate their policies to the public. Consequently, from their perspective, the media seems to be a double edged sword that needs to be controlled and used in a manner that suits them. Such control is undertaken through governments trying to control media content by passing censorship laws in disregard of the existing media’s self regulatory bodies. The recent example in Kenya of members of parliament trying to dictate to the media how to cover parliamentary proceedings shows the intimidation culture of the political class. Other punitive measures include increased taxation, complicated licensing procedures, government interference with media advertising revenue, interference with frequencies among many other techniques aimed at making the media to “toe the line.”

Fortunately the public still maintains general trust in the independent established media outlets as source of credible news and entertainment. Even with the competition from blogs and other social media news ventures, the main stream media has secured its leading position for comprehensive news package. The media as an entity therefore needs remain strong to continue fighting for its space in society regardless of the opposition it faces  because the soul of civilization through vibrant and honest critique. The media can maintain its position by remaining innovative in its content, strict in its self regulatory procedures and upholding the ethical standards of journalism.

Communication and media expert in Nairobi,Kenya