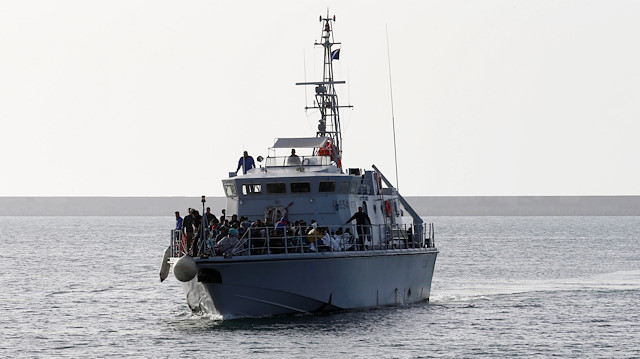 Migrants are from African countries, mainly from Somalia

The Libyan Navy said on Wednesday it had rescued 90 irregular migrants including seven women off the Khoms town, some 120 kilometers (75 miles) east of the capital Tripoli.

“Following an extensive search operation in the sea, the navy boats managed to trace the location of the migrants and rescue them,” according to a statement by the navy of the UN-recognized National Accord Government.

The statement added the migrants are from African countries mainly from Somalia.

Libya is considered as a major transit point for migrants fleeing their war-torn countries and poverty to Europe.

Since the 2011 ouster of late President Muammar Gaddafi, two seats of power have emerged in Libya: one in eastern Libya supported mainly by Egypt and the UAE, and another in Tripoli, which enjoys UN and International support