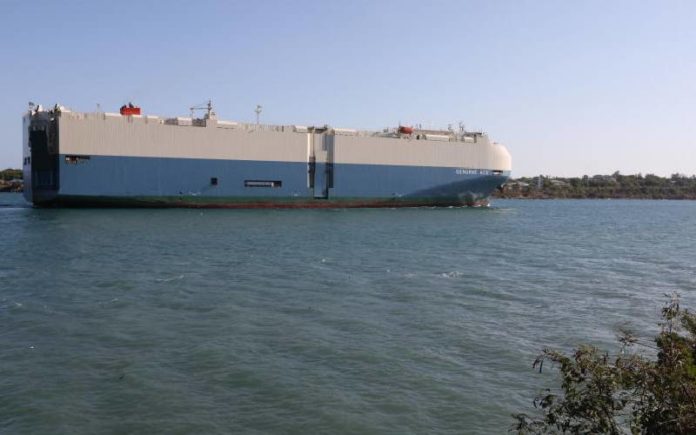 Kenya risks risks losing a huge maritime territory   if Somalia has its way on the maritime boundary dispute before the International Court of Justice.It has emerged that the maritime boundary, which is being claimed by Somalia, will join that of Tanzania hence eliminating Kenya’s access to the ocean at the coast.Kenya’s maritime area is approximately 255,000km, which was determined through parallel of latitudes in 1979.

Meanwhile, it has a mutual agreement with Tanzania on maritime which closes as a straight line along Pemba Island. If Somalia’s claim is allowed by the court, its boundary closes through the Kenyan coast and joins that of Tanzania, locking out Kenya in a triangle.Somalia has recognised Kenya’s claim to the EEZ for 35 years.However, in 2014, the Horn of Africa filed a case before the International Court of Justice.This period coincided with Tanzania filing before UN its willingness to negotiate with the Horn of Africa about maritime boundary, although in the real sense, the parallel of latitudes divides the East African Countries maritime in such a way that Somalia and Tanzania boundaries cannot meet.It has emerged that Tanzania submitted to the United Nations Commission of the Continental Shelf (CLCS) its interest to discuss with Somalia about the Maritime boundary despite it not having a claim to the contested area.

“Government of the United Republic of Tanzania is ready to engage into consultations on the overlapping area referred to in the Executive Summary of Somalia. Furthermore, communication to that effect has already been forwarded to the Permanent Mission of Somali Republic to the United Nations, with a view to commence negotiations regarding the said matter,” Tanzania’s document seen by The Standard read in part.The unanswered questions to Kenyans is why Somalia is proceeding with the auction plan while it has a case in court and what interests Tanzania has in the whole saga.Somalia first wrote to the CLCS about its negotiations with Tanzania on July 21, 2014.“Somalia is ready to enter into consultations with Tanzania with a view to reaching an agreement or understanding which will allow the commission to consider on submissions by each of the two coastal states in the areas under dispute without prejudice to the final delimitation of the continental shelf to be concluded subsequently in the areas under dispute  by the two Coastal states,” Somalia wrote.Four months later, hot on heels to the claim, Tanzania wrote to the CLCS on October 17, 2014.“The permanent mission of the United Republic of Tanzania avails itself of this opportunity to renew to the commission on the limits of the continental shelf the assurance of its highest consideration,” Tanzania wrote.Details are also emerging that Somalia and Kenyan leaders never negotiated about the dispute for six months as had been previously alleged.Top Government officials have revealed that meetings in Kenya were after it was discovered that Somalia had laid its claim on the disputed area without Kenya’s knowledge. It never submitted its claim to the UN Secretary General as required by the law of the sea.The UN Secretary General ought to send notice to all nations in a bid to receive any objections a claim by a country.It has emerged that on August 27, 2014, a day before Somalia filed its case before the ICJ, its officials wanted Kenya’s delegation to go to Mogadishu for a further meeting.Out of security concerns, it was impossible to have the meeting in Somalia.