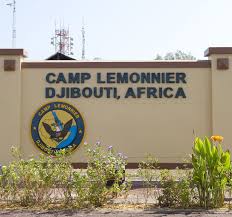 KBRwyle has received two contract modifications to continue providing base operating support services (BOSS) to the US Navy in Djibouti and Bahrain, KBR announced on 11 February.

The contract modifications have been awarded by the US Naval Facilities Engineering Command, Europe, Africa and Southwest Asia.

The first is a one-year contract modification to continue providing management and administration services, air operations and galley services at Camp Lemonnier in Djibouti and other locations within Africa.  The contract modification is the first of a potential seven option years on a $441 million IDIQ contract originally awarded in 2017.

The services will primarily be performed at the Naval Support Facility, as well as at two forward operating locations: Chabelley Air Field in Djibouti and Camp Simba in Manda Bay, Kenya.

The second is a one-year contract modification to continue support services at Naval Support Activity Bahrain. KBRwyle will provide a full range of services, including galley, security operations, and facilities, waste and

utilities management. This is the first of a possible seven options years on a $91 million IDIQ contract originally won in 2017.