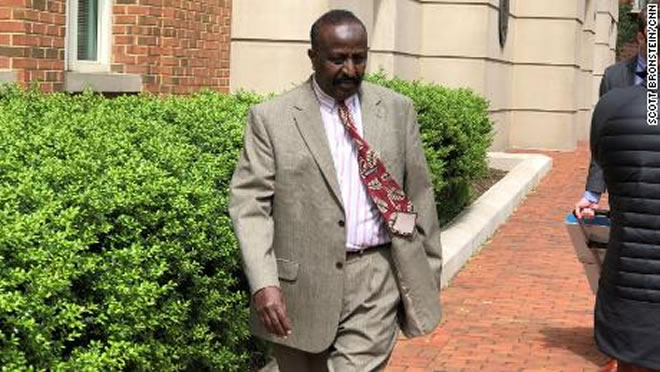 ALEXANDRIA, Va. (AP) — A jury has found a northern Virginia man who once served as a colonel in the Somali Army responsible for torturing a man more than 30 years ago as part of a government campaign to repress its perceived enemies.

After three days of deliberations, the civil jury on Tuesday awarded a $500,000 verdict to Farhan Mohamoud Tani Warfaa, a member of the Isaaq (EE’-sock) clan in northern Somalia. Warfaa came to the U.S. and testified at the trial last week. He said he was 17 years old when he was rounded up in a mass arrest and beaten and hogtied during interrogations. Finally he was shot and left for dead, but survived.

Yusuf Abdi Ali, who now lives in Alexandria, acknowledged he was a Somali colonel but denied torturing Warfaa.