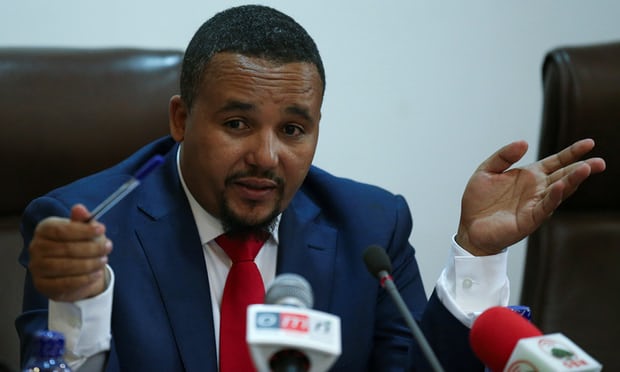 So effective was he as an activist that by late 2016, as anti-government protests billowed across the country compelling the EPRDF to impose a state of emergency, the Oromia Media Network was banned and Mohammed declared a terrorist. 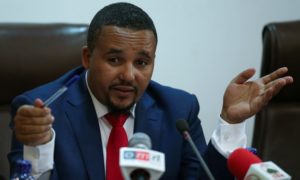 By early 2018 the revolutionary fervour had grown so loud that Hailemariam Desalegn was forced to resign as prime minister, paving the way for his enormously popular successor Abiy Ahmed, a young reformist from Oromia, Jawar’s home and the country’s largest and most populous region.

The Oromia Media Network, along with some smaller outlets and activists, has used social media to devastating effect over the past few years, coordinating boycotts and demonstrations and bringing Ethiopia’s large and often brutal security apparatus close to its knees.

“We used social media and formal media so effectively that the state was completely overwhelmed,” Jawar says. “The only option they had was to face reform or accept full revolution.”

During the course of a triumphant homecoming, the former terrorist (charges were dropped in May) toured the country, mostly around Oromia, where he was welcomed by vast and jubilant crowds. On his first day he led a tub-thumping rally in the capital’s main concert hall.

Later he travelled to Ambo, the epicentre of the Oromo protest movement – a struggle for political freedom and for greater ethnic representation in federal structures, which Jawar played a main role in orchestrating. Tens of thousands arrived to greet him, more than when Abiy visited the town shortly after his inauguration in April.

As Jawar had promised his supporters – mostly young, politically active Oromo men known as the Qeerroo – he took off his shoes and walked prophet-like through the streets of the city. He then planted a tree at the site where a young man was killed by security forces nearly 15 years ago, long before the rise of the movement that threw him into the national spotlight.

“They used to make me so happy and proud with what they did,” he said of Ambo’s Qeerroo. “So I told them: ‘One day I will come to your city and show my respect by walking barefoot.’ That day came and I had to deliver.”

Few doubt the importance of Jawar in recent Ethiopian history. Perhaps more than any other single individual, he took the once-marginal politics of Oromo nationalism and made it mainstream. Today, Oromos – the country’s largest ethnic group – dominate the highest offices of state, and Jawar enjoys significant personal influence over the country’s new leaders, including Abiy himself.

In a recent interview with local media he claimed – to the dismay of many Ethiopians – that the country now effectively has two governments: one led by Abiy, the other by the Qeerroo. This puts him in a position of extraordinary responsibility, since he is “one of the Qeerroo” and “a significant portion of the country listens to me”, he admits.

Many are uncomfortable with the whiff of demagoguery that accompanies Jawar. One Ethiopian journalist (who asked to remain anonymous) notes his “Trumpian sense of truth when inconvenient facts surface”.

He has been accused of inflating the numbers of protesters killed by security forces and, infamously, telling his followers (73,000 on Twitter and more than 1.4m on Facebook) that army helicopters fired live bullets at civilians during the tragic stampede that occurred during an Oromo cultural festival in October 2016. Independent journalists present confirmed this did not happen. He has a history of smearing journalists he disagrees with as government “agents”.

He has also been accused of inciting ethnic and religious violence. In a 2013 video, for example, he is heard saying: “My village is 99% Muslim. If someone speaks against us, we cut his throat with a machete.”

In recent years, he has whipped up his supporters against the Tigrayan People’s Liberation Front, the once dominant ethnic Tigrayan wing of the ruling coalition, which critics argue led to attacks against Tigrayan civilians as well as those of other ethnic groups. Jawar says that he has long sought to steer his supporters towards “non-violent resistance”, and adds that “even when TPLF was in power and actively killing our civilians we ensured Tigrayan civilians were not subject to attacks”.

These days, Jawar comes across as a more moderate and conciliatory figure. He says he plans for the Oromia Media Network to set up offices across Ethiopia and become a professionalised outfit. He points to the BBC and NPR as models. He insists he has no intention to enter formal politics, preferring to remain an activist.

“I want to help us in the next couple of years transition to democracy. And for that I want to use my influence over the population so that they can calm down, contain themselves, and ensure peace while the political leadership works out arrangements for transition,” Jawar says.

The last point is especially significant. In recent weeks instability across Ethiopia has escalated sharply, especially in his own region. The day after his interview with the Guardian a rally in the town of Shashamene turned violent, as a crowd of Jawar followers publicly hung a man they suspected of carrying a bomb. Two more died in the carnage that followed. Many Ethiopians blame him for the unrest, and he was compelled to cancel the rest of his tour.

Jawar nonetheless remains optimistic about the country’s future, and about the prospect of a peaceful politics free from violent expressions of ethnic identity. “I do believe if we democratise the Ethiopian state – allowing people of all ethnicities to participate in the political process and to get a fair share of power and wealth – there is a possibility the next generation will be proud Oromo and proud Ethiopian at the same time. I think that is possible.”