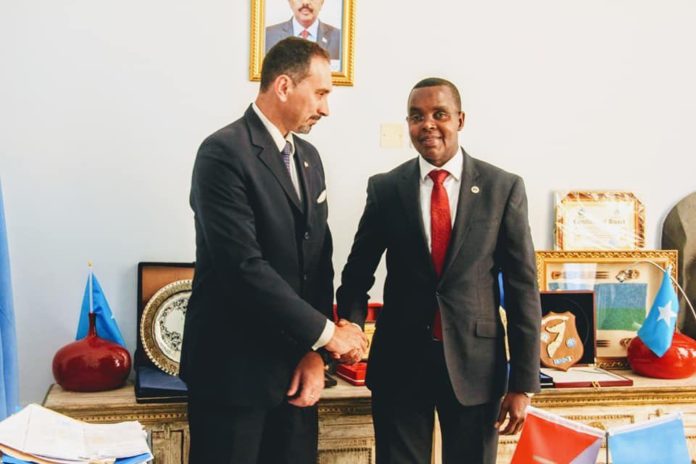 The meeting was attended by the deputy Mogadishu mayor and Mogadishu police chief.

The Italian government has been supportive to wide range of projects from fisheries, security sector to the youth employment as the ambassador reiterated support to the city development projects.

“First step is to get in touch again with the city of Mogadishu where our cooperation must step up. We have discussed what steps to take in our next cooperation in the near future.” Vecchi said

During the meeting, the two sides expressed words of greater admiration and appreciation for the remarkable professionalism and the accountable job of all the personnel in the Somali administration.

Bilateral relations between Italy and Somalia have deep historical roots which translates not only into the dense network of bonds and institutional relation but also into numerous exchanges that take place between the respective civil society, universities and private sector entities.

In this context in constant evaluation, so Italian embassy reopened in 2014, committed to facilitating the interactions with the various sectors with the aim of consolidating the friendship between the two countries.