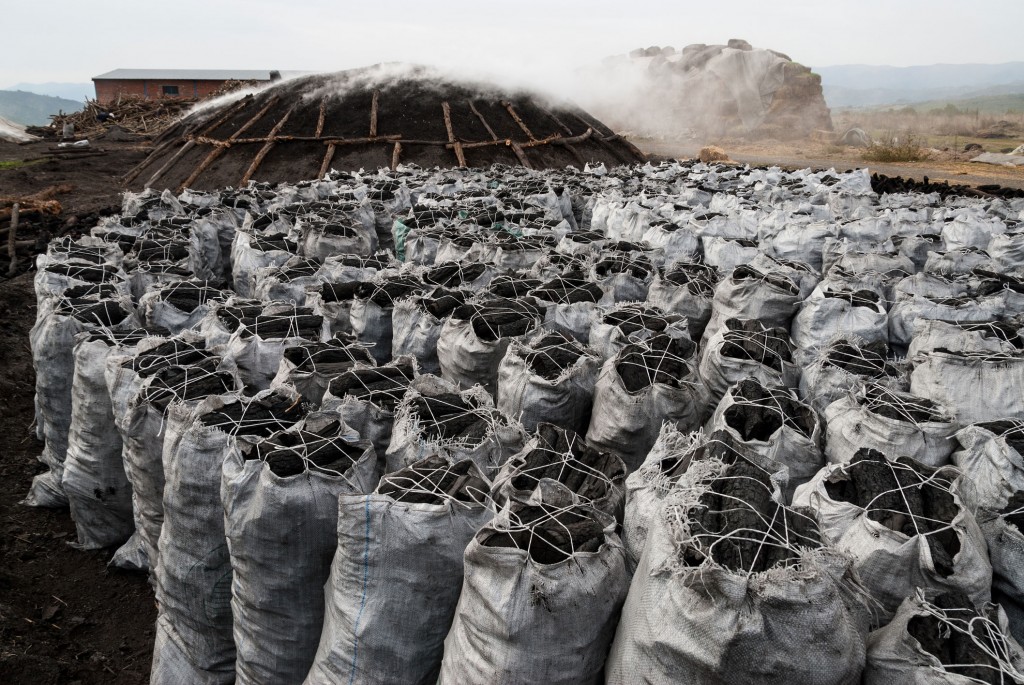 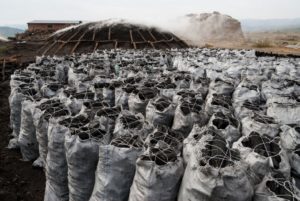 In the unpublished annual report to the U.N. Security Council, the monitors add that domestic revenue generation by al Qaeda-affiliated al Shabaab “is more geographically diversified and systematic” than that of Somalia’s federal government.

The report says that since March the main destination for shipments – using fake country of origin certificates from Comoros, Ivory Coast and Ghana – has been ports in Iran, where the charcoal is packaged into white bags labeled “Product of Iran”.

“The bags were then reloaded onto smaller, Iran-flagged dhows (boats), and exported to Port Al Hamriya, Dubai, UAE, using certificates of origin falsely indicating the ‘country of manufacture’ of the charcoal as Iran,” the monitors wrote.

Iran became a transit point for the shipments — which breach a U.N. ban on Somali charcoal exports — after Oman tightened its customs procedures, said the report.

The monitors, who track compliance with U.N. sanctions on Somalia and Eritrea, said Iran and the United Arab Emirates (UAE) did not “substantively engage” when the monitors raised concerns about the transshipment of Somali charcoal.

The report estimated the wholesale value of illicit Somali charcoal to be $150 million a year in the UAE, where it is widely used for cooking and smoking shisha water pipes, also known as hookah or nargile. They also estimated that about three million bags of charcoal were exported from Somalia in the past year.

“The charcoal trade continues to be a significant source of revenue for al Shabaab, generating at least $7.5 million from checkpoint taxation,” they wrote.

UAE Ambassador to the U.N. Lana Nusseibeh said she could not comment because the report had not yet been published.

“That being said, the UAE is fully aware of all Security Council resolutions and is in full compliance with the sanctions imposed,” she told Reuters. “We also reaffirm our continued cooperation with the Monitoring Group throughout its mandate.”

The Iranian mission to the U.N. did not immediately respond to a request for comment.

The U.N. Security Council banned charcoal exports from Somalia in 2012 in a bid to cut off funds for al Shabaab, an al Qaeda-affiliated group trying to topple Somalia’s Western-backed central government and impose its own rule based on its strict interpretation of Islam’s sharia law.

The Security Council imposed an arms embargo on Somalia in 1992 to cut a flow of arms to feuding warlords, who ousted dictator Mohamed Siad Barre and plunged the country into war.

In addition to earnings from charcoal, al Shabaab is making millions of dollars annually via tolls on vehicles in areas where they man checkpoints and through taxes on businesses, agriculture and livestock.

All this “generates more than enough revenue to sustain its insurgency”, the monitors wrote.

Despite controlling far less territory than it did at the height of a decade-long insurgency, “the group’s “ability to carry out complex asymmetric attacks in Somalia remains undiminished”, the monitors wrote.

Al Shabaab’s most lucrative checkpoint is about 160 km (100 miles) north-west of the capital Mogidishu on the road to Baidoa, the monitors said, citing an al Shabaab defector who reported that the location earns the group approximately $30,000 per day — $10 million a year.

“Employing mafia-style tactics, the group is able to levy taxation via a network of hinterland checkpoints, with collection of taxes enforced through violence and intimidation,” said the monitors, adding that truck drivers risked execution if they tried to avoid checkpoints.

Earlier this year the monitors obtained ledgers belonging to al Shabaab that were recovered after one of the group’s senior accountants was killed in an attack by the Somali National Army and African Union peacekeepers.

They wrote that the ledgers detail al Shabaab’s revenue and expenses in one region, Hiran, in central Somalia, from October 2014 to March 2018 and “display a sophisticated accounting system” in which the militants transfer funds using the mobile money system operated by mobile network Hormuud Telecom.

The monitors said that the militants’ tax generation system “is more geographically diversified and systematic” than that of the federal government, and that due to the militants’ provision of receipts, the taxation system is “accountable and predictable”, in contrast to the network of checkpoints manned by the government’s armed forces in some parts of the country.

Under an International Monetary Fund program, the government in Mogadishu is implementing public finance reforms, and domestic revenues have quadrupled since 2012 to the end of 2017 according to the finance ministry.

Reuters however reported last year that the United States had decided to suspend food and fuel aid to most of Somalia’s armed forces over corruption concerns.