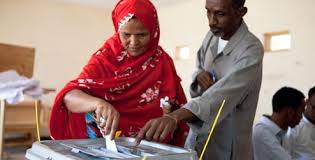 We, the undersigned regional and international partners* of Somaliland, recall the significant agreement between political parties in July 2019 which recognised the “critical importance of holding the long due Parliamentary and Local Council Elections” and “agreed to hold the elections as soon as they will be politically and technically possible”. We are concerned that events have significantly undermined these commitments to the detriment of Somaliland’s democratic credentials and international standing. Likewise, we are deeply concerned by instances of seemingly arbitrary detentions and by increased restrictions on freedom of expression.

We are especially concerned by the decision of the Guurti to extend both House of Representatives and Guurti’s mandates to January 2022 and January 2023 respectively. Both Houses, established to represent the women and men of Somaliland, have been sitting for a period much too long by any democratic standards. Local councils have been operating without a democratic mandate since April 2019.

We therefore call on the government and all political actors to reaffirm, through both words and deeds, the long-standing culture of mutual agreement, consensus and compromise, to find a way through this current impasse in order for both parliamentary and local elections to take place without any further delay, well before the end of the calendar year 2020. As long-standing partners for the progress of Somaliland during the last 25 years, we praise the ongoing local mediation efforts and underline that for us to support the electoral process, it must promote political inclusiveness and the full respect of the law. As a solid foundation of such a process, there needs to be an Electoral Commission that inspires broad trust from all political actors as well as from the citizens of Somaliland.

Only strong, democratically elected institutions can deliver the development outcomes that the people of Somaliland deserve. This is also what we as partners expect from our cooperation with Somaliland.