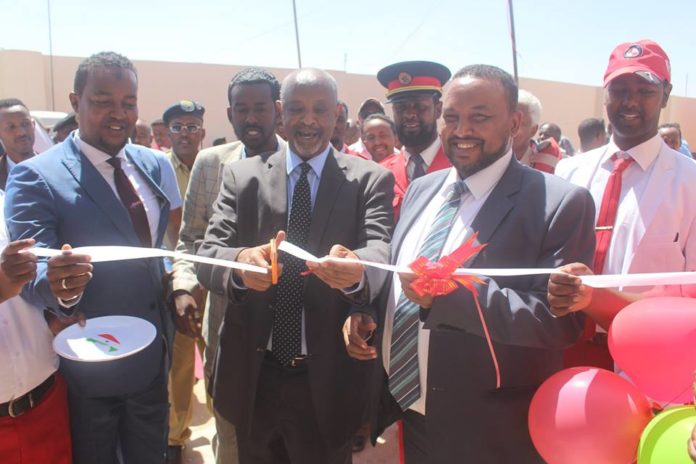 HARGEISA– The minister of interior on Wednesday has inaugurated three new fire stations equipped with fire engines in Hargeisa villages. The ceremony of inaugurating the newly built fire stations in Hargeisa saw the attendance of the mayor of Hargeisa, his deputy and Somaliland’s Fire Fighting services. The mayor of Hargeisa, Hon. Abdirahman Soltelco speaking at the ceremony has stressed that the municipality has played a key role in establishing the fire centers. The minister of interior of Somaliland, Mohamed Kahin Ahmed has thanked that the municipality and the fire fighting services for establishing the stations which are crucial for extinguishing blazes in the villages in the capital. The fire stations are located in Ibrahim Kodbur, Mohamoud Haybe and Ahmed Dhagah villages in Hargeisa.