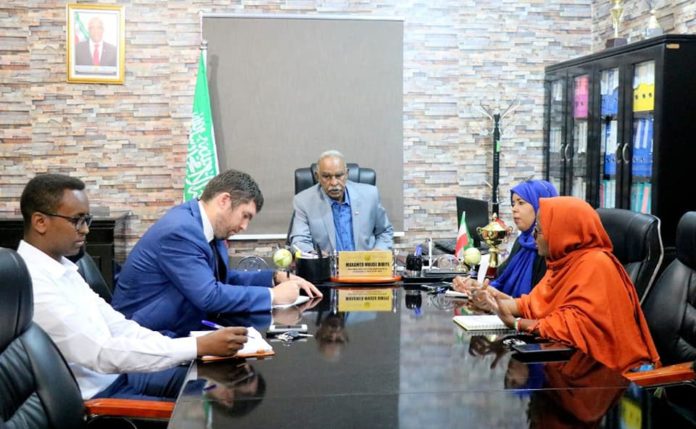 Discussions between the two sides centered on the working relationship between the ministry of information and UK office to Somaliland.
They discussed the implementation of Media Law which is in its final stages,
The UK provides support to the journalism department at Hargeisa University.
The minister and  Mr. Stuard Brown discussed on the protection of freedom of press in Somaliland.
Mr. Stuard Brown has lauded the minister who spearheaded the efforts to allocate 50, 000 US dollars for the journalism department for the two years to come. The current government has come under fire over lack of freedom of the press in Somaliland.