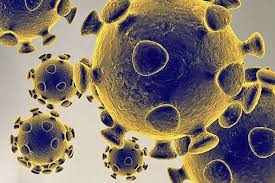 Covid-19, a china born microbe has become a global deadly contagious syndrome with no distinctive vaccinations. By its magnitude and speed, it has reached almost every single corner of the world and turned as a common consignment to the global nations, developed or undeveloped, healthy or sick, rich or poor__ no one has been spared by this new respiratory strain.
Covid-19, is said to be a deadly virus that attacks the human respiratory system and if it succeeds could eventually compromise the peoples’ immune-system resulting in an abated life loses. Apart from the human lives, it has plummeted the global financial markets created a very grim economic outlook that could even be worse than the great depression in 1930s. This invisible enemy has united the global nations to relentlessly confront and defeat, but the question is__ though it will be defeated, will the world ever be the same again in the virus aftermath?
Since there are no known inoculations for this viral infection, the global nations have implemented a unified precautionary steps recommended by the World Health Organizations WHO, in collaborations with state health sectors and similar concerned institutions in the best interests to curb and flatten the contagious graph of this global pandemic. These drastic measures and guidelines, like business shutdowns, staying at indoors, social-distancing, hand sanitizing/washing, putting on face-masks/ respirators, working from home practices and disinfecting surfaces and objects are all meant for controlling this deadly outbreak.
Ukraine is one of the European countries that hosts a considerable number of Somali refugees among others, the above precautionary steps however, have a direct impact on the lives of the Somali refugees due to the following factors.
a) socializing and get gatherings are part our normal lives intrinsically linked to our rich cultural values that inherit us maintain the practice to live under the same roof. But this is different as the numbers in the rented houses in Ukraine are beyond the normal limits, which could be hazardous to the health of the people.

b) Majority of the refugees are undocumented laborers and this is the way they meet all their daily lives, both eating and of course paying their monthly rentals.

c) Xenophobia and racism are other key factors that constantly impacts the lives of these refugees. They’ve a constant anxiety over a potential mistreatment(s) at the hospitals and healthcare-centers if they’re contracted with this virus, believing that the citizens would be given the highest priority, where even the refugees affairs agencies could not give a supportive hand in the real terms.

All in all, the Covid-19 has both health and economic impact over the country and in particular the refugees in Ukraine, where any precautionary practices imposed over these refugees can worsen their lives and even prompt them not afford paying their food and house rentals. Typical episodes have recently been documented in China during the outbreak, where expat communities have expelled their houses due to the default on their rentals.