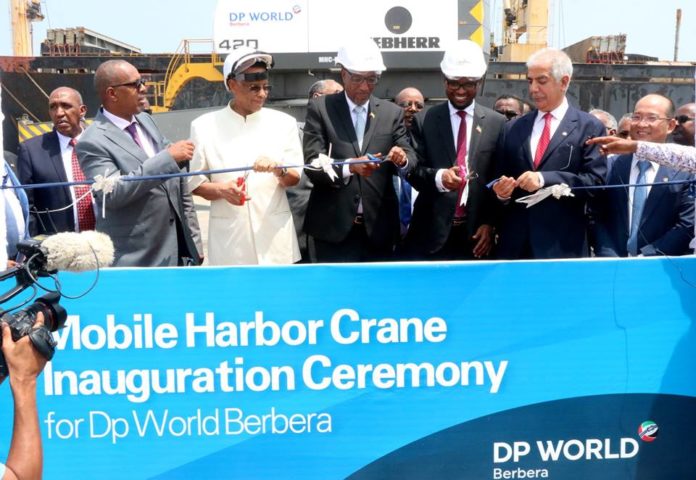 At the function the President outlined the harbour’s long history, its ups and downs and the wonderful image it reflects of Somaliland.

He praised his predecessor for having taking the decision to beckon DP World and solicit for its investiture.

He precisely noted the esteem with which the government held the harbour, eagerly waiting for its needs, rehabilitation and modernization to be accomplished.

The President observed and hailed the developments and progresses made at the Sea Port city and the harbor.

He said it was worthwhile that a few days earlier the foundation stone was laid for a petroleum refinery at the port city and that the harbor itself has seen ample steps taken to develop it.

Saying that the extension harbor for the new docks would be a milestone, the President pointed out the port city was a shining light that was seen in all Africa.

The President toured the 400m long compound where the new harbour (port) would be built (already underway).

Those who spoke at the occasion acknowledged the positive steps in process that was being witnessed.