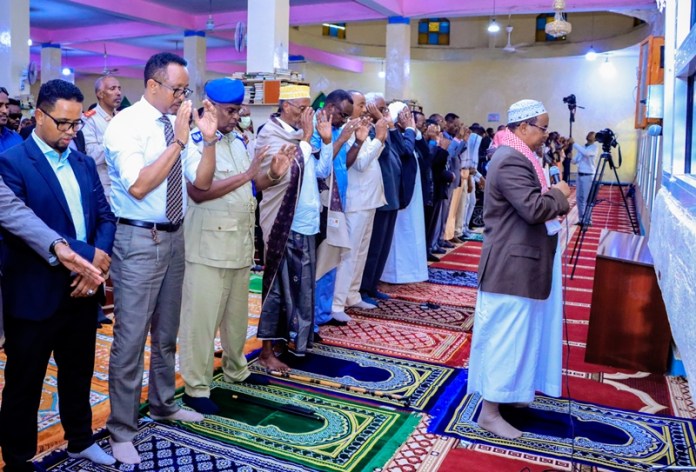 The President of the Republic of Somaliland, H.E. Muse Bihi Abdi, today joined the people of the capital in praying for rain at the Grand Mosque in Hargeisa. The President was accompanied by Cabinet Ministers, the Mayor of Hargeisa, lawmakers along with some military commanders.

The Minister of Religion and Endowments, Sheikh Abdirizak Ali Albani, last week called for a prayer for rain, known in Arabic as Salaat Al Istisqaa, to be performed at all mosques and prayer areas across the country. The prayers were held to keep with the tradition of the Prophet Mohammed (PBUH) to pray for the land to be blessed with rain. In his remarks, Sh Albani said, “It’s at times like this that we must come together to supplicate to Allah to send rain, mercy and abundance upon us. If we unite our hearts and forgive each other then we may be able to escape this widespread drought.”