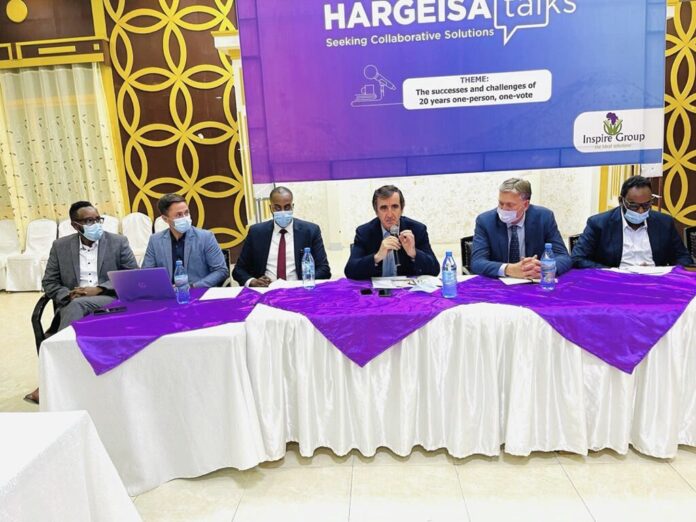 Hargeisa Talks hosted number of EU diplomats. The aim of these talks is to promote our mission to facilitate open, honest debate and seek collaborative solutions across the Horn of Africa and the globe. This time, the guest speakers were Amb. Nicholas Berlanga, EU Ambassador to Somalia and Ole Thonke, Danish Ambassador to Kenya, Somalia, the Seychelles and Eritrea.

A number of key issues were highlighted, ranging from how to limit electoral delays, the work ahead to break the barriers to the full participation of women in politics to the role and reform of Somaliland’s upper house, the Guurti. The attendants also raised some pressing questions and comments on the issues being discussed. The role of women in the elections and the hindering role of the clan system was a key highlight of the night.

*HargeisaTalks: is a platform for Diplomats, academics, and politicians to share their thoughts on the region’s most pressing issues, and to also provide a space for local intellectuals’ to air their views and concerns. 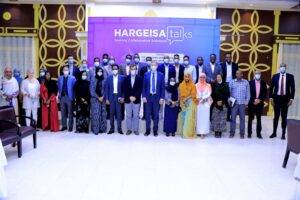 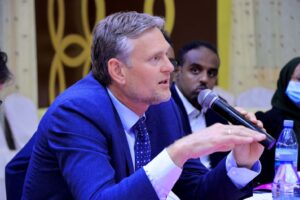 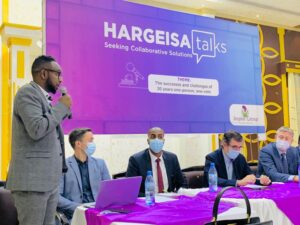 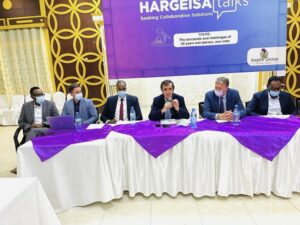