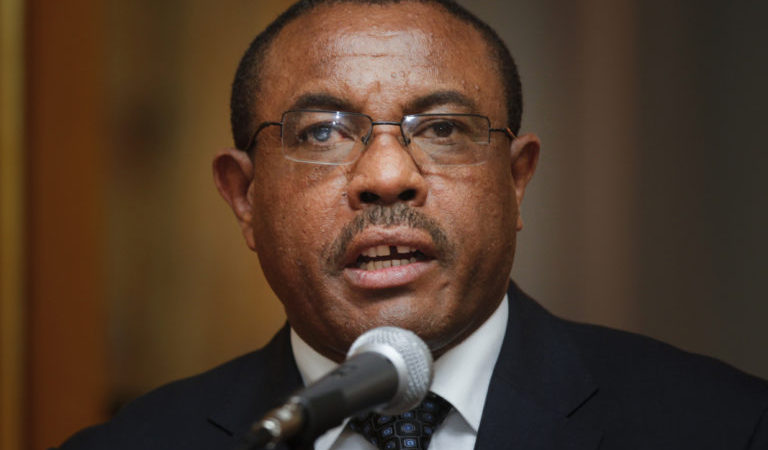 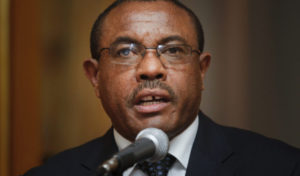 Hailemariam Desalegn, who stepped down as Ethiopian Prime Minister on February this year, has been appointed to the advisory board of the Johannesburg-based economic development think-tank, Brenthurst Foundation.

Hailemariam will advise the Brenthurst senior management on the Horn of Africa’s economic, sustainability and political issues, it was said.  In addition, Hailemarim will participate in events and conferences for the Foundation and will provide briefings on political trends to the foundation’s Board of Directors.

The board is chaired by former Nigerian president Olusegun Obasanjo. The Brenthurst Foundation was established in 2004 by South Africa’s Oppenheimer family, whose enterprises – notably the Anglo American Corporation and De Beers – dominated the country’s gold and diamond mining industry for much of the 20th century. The Brenthurst Foundation supports Initiative in seeking ways to fund African development and to organize conferences on African competitiveness.

On his appointment, Hailemariam Desalegn commented: “It is indeed an honour and a privilege serving African people through the work of this prestigious Foundation. Along with my fellow statesmen and women, and distinguished scholars and professionals selected, I will do my best to achieve the objectives of our Foundation.”

The foundation’s news release quoted Obasanjo as saying that Hailemariam “brings a wealth of economic and political wisdom to The Brenthurst Foundation’s Advisory Board. I very much look forward to working with him to develop dynamic and forward-thinking economic policy.” The Foundation’s founder, Jonathan Oppenheimer, said: “Prime Minister Hailemariam is our third appointment to the Advisory Board this year and we believe he will be a most valuable addition, bringing unparalleled understanding of both the Horn of Africa and sustainable economic policy.”

In a related news, Hailemariam has opened up in an astonishing interview with Brenthurst Foundation head, Greg Mills, making a withering attack on Tigryan People’s Liberation Front (TPLF)’s old guards for causing social and political unrest and the loss of his political career.

“Since Meles, there has been a fierce power struggle within the party which I was able to navigate through, as I was considered a neutral person – between those who considered the TPLF to be the dominant party and those in the other three parties which wanted to end this dominance,” Hailemarim told Greg Mills.

The former Prime Minister has told the Foundation head TPLF leaders behaved like “their experience gave them the exclusive right to rule” and undermined new reforms he brought before the ruling party, EPRDF, “who felt that they owned the existing order.”

“I considered how to proceed with such an interparty environment, without it hampering growth and our diplomacy. Yet to get the politics right was very difficult because of the internal power struggle. I had a weak constituency in the EPRDF, among the Southern Ethiopian People’s Democratic Movement, SEPDM, as it was considered the youngest and the weakest, and most divided with 56 ethnic groups among its membership. Thus I did not have a high degree of internal support if I took strong action within the EPRDF.”

“So I took the message to the party,” he continues, “that there was a lack of good governance, and that people had to check the party and its leadership. The danger was otherwise to degenerate into corrupt practices, which was happening, which created internal divisions. Lots of things were not in our control. People, especially young people, who were unemployed, rose up to demand a fair and equitable share of resources, against the TPLF’s perceived disproportionate benefit from the system. This instigated violence across different parts of the country, especially in Oromia.”

“There was also the issue of Meles’ stated succession plan.” he says. “This had not been concluded. Younger leaders, including myself, interpreted this as being the need for older leaders to give over power. This created a clash with the older guys, who were communist-minded, in both ideological and generational terms. This caused instability in the party as we tried to reduce the influence of the old guard, who were particularly influential in the TPLF ANDM [Amhara National Democratic Movement],” tensions which were exacerbated “by corrupt practices”, he was quoted as saying.

Hailemariam’s decision to reveal his view of TPLF leaders for whom he showed loyalty in the past comes as surprise and seen as betrayal by some.