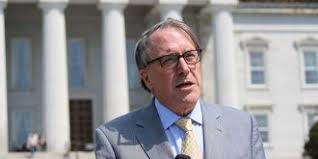 In a debate at the Center for Strategic And International Studies, CSIS, in Washington, DC, former United States Ambassador to Croatia and a seasoned diplomat, Peter Galbraith, stated that “Somaliland should be recognized at an independent nation”.

The debate which focused on independence movements and their aftermath, compared the swift recognition of former Soviet Republics such as the Baltic states as independent nations after the break of the USSR, and the former Yoguslavia states, as opposed to the hesitancy in recognizing Kurdistan and Somaliland.

Dr. Terrence Lyons of George Mason University declared Somaliland ” as remarkable story of a nation which was independent for five days before merging with Somalia in 1960, in the hope of creating a “greater Somalia” and would now like a divorce after the failure of the union”