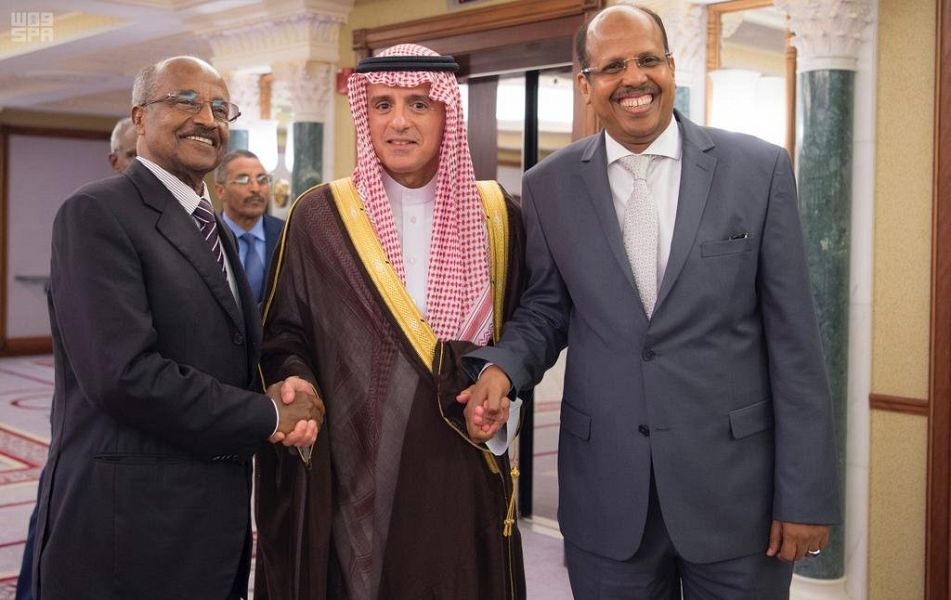 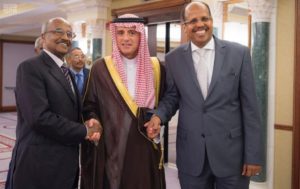 Minister of Foreign Affairs Adel Al-Jubeir expressed his congratulation to the President of Djibouti Ismaïl Omar Guelleh and President of Eritrea Isaias Afwerki on the historic meeting held in Jeddah after 10 years of alienation.

Foreign Minister expressed congratulation for the Custodian of the Two Holy Mosques King Salman bin Abdulaziz Al Saud and HRH Prince Mohammed bin Salman bin Abdulaziz, Crown Prince, Vice President of the Council of Ministers and Minister of Defense, for their success in holding this historic meeting between Presidents of Eritrea and Djibouti to open a new page in the relations between the two brotherly countries.

This came in a press statement following the historic meeting.

For their parts, the Eritrean Foreign Minister Osman Saleh Mohammed and the Djiboutian Foreign Minister Mahmoud Ali Saif expressed their appreciation and thanks to the Custodian of the Two Holy Mosques and HRH the Crown Prince for this opportunity, which opened a page of friendship between the two countries.