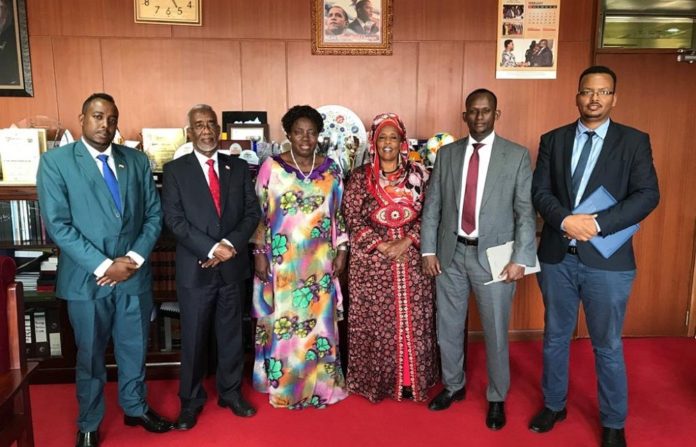 Somaliland has expressed her desire to join the Inter-Parliamentary Union (IPU).

Somaliland Minister of Foreign Affairs, Yassin Hagi is on a working visit to Kampala where he met his Uganda counterpart Sam Kutesa and Rebecca Kadaga Speaker of the Ugandan parliament.

Kadaga said Uganda will make a follow up on Somaliland’s request to be accommodated in the IPU.

The Inter-Parliamentary Union is the global organization of national parliaments. It empowers parliaments and parliamentarians to promote peace, democracy and sustainable development.

Joining the IPU will help the country in its push for international recognition which it has been battling for since separating from Somalia in 1991 when the civil war erupted.

Rebecca Kadaga, the speaker of the Uganda parliament said the country will help push for Somaliland’s entry in the IPU.

Uganda parliament has been supportive of Somaliland’s course for self-determination.

During the Somaliland independence day celebrations last May, a delegation from Kampala was in Hargeisa for a fact-finding mission.

A member of the committee Akurut Violet Adome said Somaliland had met all requirements to be recognized as a state and wondered why a country already doing business with investors from other African nations, the middle east and Europe cannot be given international recognition.