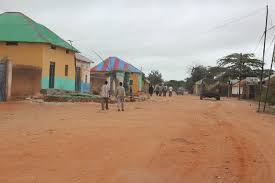 MOGADISHU, Sept 12 — At least five people, including children, were killed and several others wounded when a landmine blast rocked Dinsor in southwestern Somalia, Anadolu Agency reported, quoting officials on Thursday.

The wounded were transported to Bay regional hospital in Baidoa, he said.

”Our civilians in the town informed us as we are trying to defuse it when the blast went off, killing several people,” said Shigshigow.